Virtual reality sports have arrived. It is now possible to partake in a boxing match, cycling competition, marathon and baseball game in a virtual environment. It won’t be long until the masses are engaging in these sports and activities from their living rooms, man caves, offices and other spaces.

If you have ever wanted to step up to the plate without facing the risk of a fastball plunking you in the head, you will love the batting simulator, Diamond FX by Trinity VR. This baseball simulation is not strictly for hardcore baseball junkies who are obsessed with statistics and the minutia of America’s pastime. Diamond FX makes use of HTC’s new Vive Tracker technology to provide a realistic baseball simulation everyone can enjoy. The Vive Tracker technology is placed onto a bat so game players can swing for the fences in virtual reality just like their baseball heroes do in the real-world. Though HTC software engineers had less than a month to integrate the recently developed Vive Tracker technology with Diamond FX, they made it happen just in time for the uber-popular CES electronics show in Las Vegas. The other option was to use a SteamVR controller as the baseball bat. The incorporation of Vive Tracker serves as a major upgrade. 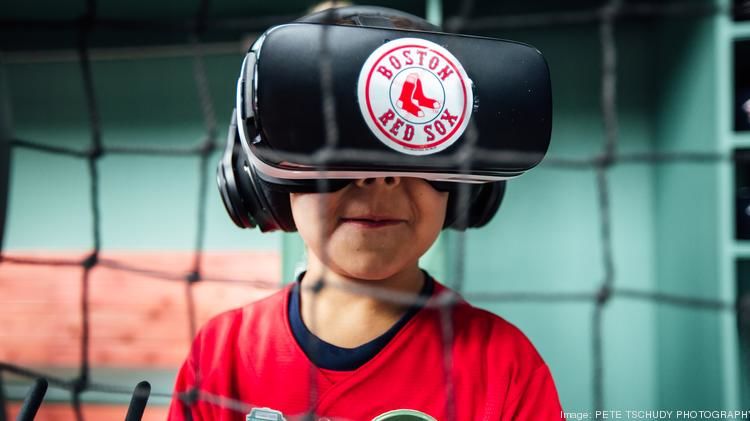 Those who have tried this baseball simulator report that the Vive Tracker gives the game a realistic feel. Julian Volyn, the Chief of Product at Trinity VR, states that the Vive Tracker drastically enhances weight distribution as well as tracking fidelity to provide true-to-life baseball physics. He states that Diamond FX is so good that even the professionals might make use of it. Volyn calls the game a “serious simulation” and also described it as a legitimate “…training platform [based on] professional teams.”

Indeed, Diamond FX replicates the actual playing styles of Major League Baseball pitchers and batters. This is made possible by Trinity VR’s devotion to detail. The company’s engineers made use of several years worth of Major League Baseball statistics to make the game a genuine baseball simulator. The data that fuels Diamond FX’s physics was derived from the system known as “Pitch FX”. This system was implemented in Major League Baseball stadiums a decade ago. It gathered thousands of data points for every single pitch thrown. This information was reverse engineered by Trinity VR software engineers for the purposes of creating as realistic of a virtual reality baseball game as possible. The lucky few who have tried Diamond FX are ecstatic with the game’s visuals, physics and genuine feel.

Virtual Reality Baseball is Rounding Third and Heading Toward Home

It won’t be long until virtual reality gamers can pick up a motion tracked bat that makes use of the Vive Tracker, mimic the motions of real baseball players and swing away at virtual pitches. It is merely a matter of time until games like Diamond FX can be brought to market. This is fantastic news for all those baseball fans out there who have long-dreamed of entering the batter’s box to face major league pitching.

It will come as no surprise if professional baseball players in the majors and minors gravitate toward Diamond FX and other virtual reality baseball games that pop up in the months and years ahead. The technology will only continue to improve. There should be no doubt that we will eventually reach the point where virtual reality players face off against one another as pitchers and batters in online competitions.