Full disclosure: I keep reviewing these games that get me so hyped up over the trailer that I begin thinking about how great the game could be but I quickly find myself being disappointed at how far the game fell from the pedestal that I put it on. A great example of this is Chaos Edge, which I was really excited about because it looked a lot like World of Warcraft but in VR and this had a lot of potential behind it. The problem was that the game was very cut and paste in comparison to games that we’ve seen before.

A Shortened Review of Chaos Edge

Before you get all worked up: No, Chaos Edge really isn’t that bad of a game. The game is a regular game you’d expect today. You sit in the middle and wait for your opponents to come at you or move around a small Arena type of game. It is another hack and slash game with some spells added in. The graphics look rather good but the gameplay is really slow even though the game is really easy to figure out. There is no special quest line that has an in-depth story and the graphics are great simply because there aren’t much graphics to be had. The game does provide a good bit of fitness if you’re into killing monsters because you do have to swing your sword around, fire an arrow, or send out spells at your enemy. There are a lot of enemy models and bosses to be had in this game so you will be spending quite a bit of time in playing it, but there’s no locomotion and there is no area to really explore. If you want to see the game for yourself you can find it here for the price of $16.99. Bottomline: You’ll be moving around, but just flailing your arms around shouldn’t be the limit we impose on VR. I don’t want to single out Chaos Edge, but as an RPG, it had so much more potential for fitness. 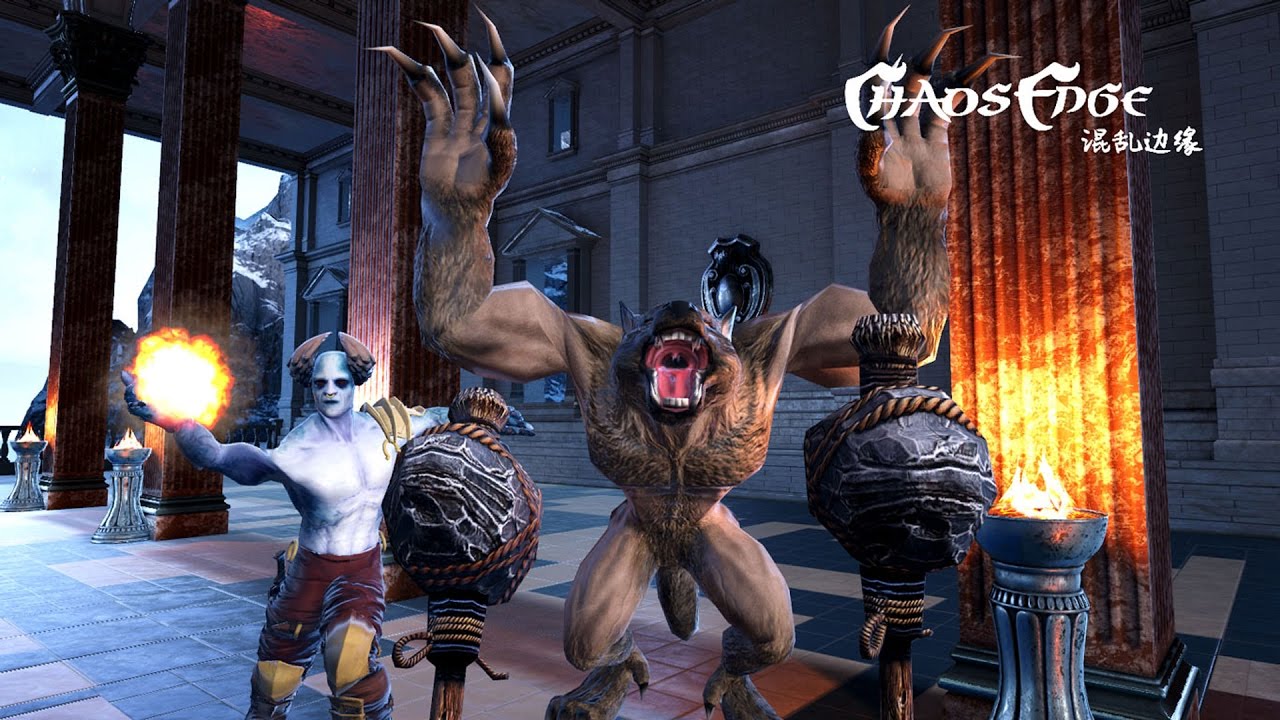 Why I think RPG’s matter in fitness?

In my opinion, role playing games are the ultimate goal for Fitness oriented individuals. This may not seem intuitive it first unless you played a lot of RPG games and can visualize how they would put this into their game. If you combined the traits of locomotion, combat tactics, and accuracy along with intensity inside of a game, then the ultimate formula boils down to an epic RPG game that does a lot more than have you stay in one place and occasionally swing or flail your arms. This is because RPGs require you to go over vast areas of space, destroy tons and tons of enemies, and usually requires a modicum of both tactics and skill in order to defeat opponents along with working with others in order to defeat bigger opponents.

While I could argue that boxing could beat this out easily, the key factor of an RPG is that many people lose time inside of the experience and this is important in terms of fitness. If you’re looking to get fit with the use of VR then playing a game that requires these factors and being able to lose yourself in it is absolutely vital and the ideal goal for any extreme fitness trainer. To stay with the boxing comparison, boxing would be more or less the ability to control the amount of time that you exercise for and to have an elevated fitness activity for that specific amount of time. However, humans have never been able to find exercise that can beat the fitness required for war and this is where RPG’s would reign supreme.

Where did Chaos Edge go wrong?

The problem with Chaos Edge is that it is not an Open World game and it is confined to a small arena. While I do understand that the constraints provided by the hardware that we are currently at with VR technology puts this game at a disadvantage, that doesn’t mean that the game can’t try to do something big. While I may be a little put off by the fact that not a lot of people would be able to access it, making people have the most amount of hardware or the highest price hardware in order to pay the price to play an open world RPG game in VR is something I would gladly sacrifice in order to see the first of something achieved in the VR world. We have enough of these types of games and we really don’t need any more because they have the same type of gameplay, they are an obvious attempt to make a quick grab at money, and while I do understand that VR game developers are trying to get their heads wrapped around the VR process, it doesn’t mean they have to sacrifice ideas in the process.

I really wanted to give Chaos Edge a glowing review but the fact that it is a copy of so many of the games that I’ve seen in this industry, I simply can’t do that and be a valid reviewer in my eyes. Perhaps, one day they may decide to open the world up with new maps and redesign their overall strategy of the game, but I don’t think they’re going to do that anytime soon. Should you try this game out? Sure, it’s still a fun experience and if you’re a hardcore gamer, it’ll get on your list eventually. Should you expect a good workout from it? Sadly no.