Once VR came out it seemed like there was an entourage of zombies that came out for the system, everything from horrible to alright and the occasional awesome. Well, looking at Arizona Sunshine makes me think it could fit inside of that occasionally awesome category. So, let’s get this game started and see if you can get fit by killing zombies in VR

What is Arizona Sunshine?

Arizona Sunshine is a story based first person shooter zombie game where you have to progress through the story to beat the game, but I won’t tell you what that story is because this game is good enough to not want to spoil it. Just stay alive until the end of the game, which is the nice part about this game: it has a campaign mode with an actual end. I say this because most games for the VR have no end and if they have a story, the story is usually still in the works or only 30 minutes long. This game is well over an hour of story and is very rich with stunning graphics.

The graphics in this game are awesome and I would say it is graphically equivalent to Raw Data. The guns are fully detailed and the brains really fly when you let the bullets go. If you have a heater on, you will feel like you are in Arizona and the sun is being harsh to you. Yes, the graphics in this game are some of the best I have seen for not only a VR game but also a zombie game. Your first task is to shoot a disembodied head that looks like it came from a Resident Evil game that just roles into the place you are staying. When you shoot a knee cap, that part of the leg comes off and now you’ve got a crawling zombie coming after you. 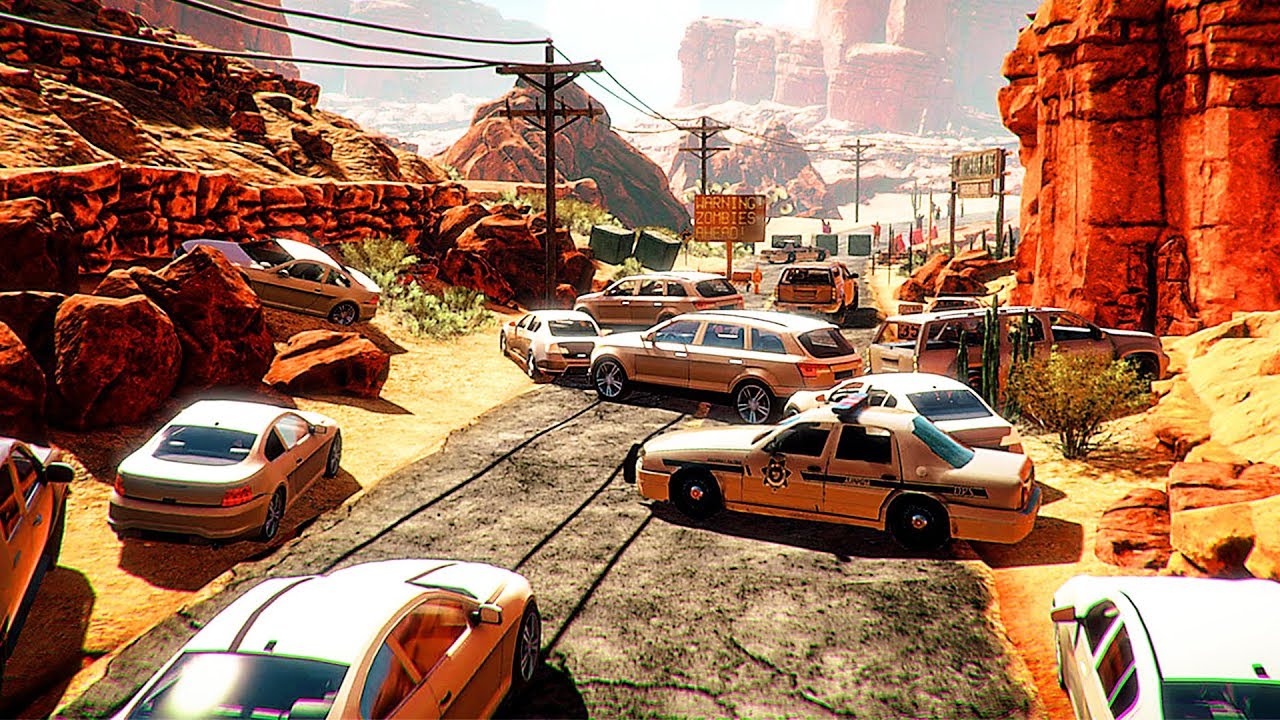 You honestly won’t get much exercise from this game until you have a pile of zombies on you. This is somewhat disappointing because unlike other zombie games where you are transported to a bunch of zombies, there are long periods of time between meeting more zombies in this game. This may change in the future, but likely not. You can’t even climb up the ladders that are in the game, which breaks from the experience. Just a little extra code and this game would have a lot of fitness to it.

The overall gameplay is very nice even though you don’t get much exercise from it. The gun does not automatically reload when you run out of bullets, but reloading it is a push of the button and not a realistic reload. The fact that you cannot walk around in the game or climb ladders does break from the immersion of the game. The graphics are stunning and blowing the knee cap off of a zombie is always entertaining, but the game is lacking in some areas that would be very easy to fix. Due to this, I don’t think it’s very justified to go with its current price tag of $39.99 maybe $10 less but definitely not the price of a common console game. Don’t get me wrong, I do like the game and I love how real everything looks but just like in a movie, if you are going to go with realism you cannot go halfway. There could be a moving mechanic with your arms and the position of the controllers and you could change out the button reload with an actual reload function. These two aspects of the game rip me out of the actual gameplay and that’s not something I like about this game.