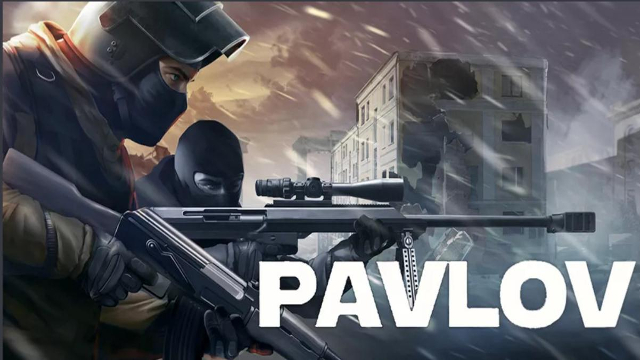 Multiplayer VR shooter Pavlov VR is my de facto hole-in-the-wall hangout spot in VR right now. I’m talking specifically about the Jailbreak mod. No matter what I choose to do at the beginning of my VR time, I always seem to find myself playing Pavlov VR’s Jailbreak mod—version 2.0—for some amount of time each day.

For those who haven’t played, a single Jailbreak round holds up to seven prisoners and three guards, all of whom are other human players. The prisoners need to collect lockpicks and key cards in order to gain access to certain (off-limits!) sections of the prison, each of which holds a workshop that allows the creation of one or two specific tools.

While Jailbreak supposedly posits prisoners against guards, it’s really about every human for themselves. And the more I’ve delved into its dreary prison walls, the more I’ve come to appreciate its competitive item-driven game progression style that encourages social interplay, craftiness, and subversion from and between each player.

There are about four major escape routes that can be opened with the right combination of tools gathered across the prison, but here’s the catch: it takes the right mix of serendipity, tomfoolery, and yes, teamwork, to keep the guards distracted long enough for any single prisoner to get every tool they need to completely open a given escape route.

Short of killing cooperating and/or unarmed prisoners, guards are allowed to employ any manner of cruel and unusual punishment towards prisoners found with contraband or in suspicious locations. You’ll often see guards forcing prisoners to complete specific actions or face some form of physical torture.

Virtual kneecapping, cuffing, blunt trauma, tasing, and executions are the artist’s palette of the Jailbreak prison guard and, even though each Jailbreak session lasts a total of 45 minutes, there’s a tangible suck factor to dying and losing all of your items (as a prisoner) after an overzealous guard decided you were suspect.

Given the carnage of the previous paragraph, it’s understandable if you’re wondering how Pavlov VR or its Jailbreak mod segue into the subject domain of ‘fitness’. Bear with me, dear reader.

Generally speaking, there are two kinds of people in the world: those who naturally enjoy imposing their will onto others, and those who don’t.

These roles are amplified, suppressed, or reversed given a variety of factors (such as personal safety or identity within a group). And because real-life stakes are non-existent in Jailbreak, almost every player has a hard repulsion or compulsion towards guard or prisoner roles.

Late one night, deep in the heat of a session, I got to thinking: ‘What if the guards enforced through exercise instead of violence? How would that play out? If I had to don the guard uniform to find out, would I want to embrace the role of the oppressor? Would I even need to?’

I knew that I couldn’t just let that thought slide. It was too sticky; too enticing. With a wistful sigh and not a moment to spare, I put away my orange prisoner jumpsuit, evoked my inner Philip Zimbardo, and began my impromptu social experiment in the most unironically Pavlovian way possible.

Five Squats for a Revolver

I found my first “student” in the mining area directly adjacent to the courtyard. He was minding his own business, chipping away at rocks to earn a few dollars towards a pack of cigarettes.

I figured that, because he’s a prisoner and his primary objective is to escape, he’s probably plotting to kill me (a guard) and take the key that drops off of my corpse. But how would he do that without a weapon? Having been a prisoner many times before, I was smart about prisoner things.

I knew what he wanted.

“Hey prisoner, how would you like this revolver?”, I asked him, holding the loaded five-shooter out in front of me.

At first, he turned it down and went back to mining, thinking that I was trying to bait him into picking the weapon up so I could get him into trouble.

“No, seriously. Just give me five squats and you can have it,” I told him as another curious guard walked up. “We’ll both squat with you, won’t we?”

Both the prisoner and the other guard reluctantly agreed.

Successfully following my request for five squats, the prisoner picked up his reward and—lo and behold—did not shoot me with it. We parted ways peacefully. My experiment was smooth. Too smooth, almost. I needed to turn up the friction somehow.

Ten Squats for a Rifle

If that prisoner was willing to do five squats for a revolver, I wondered if another prisoner would do ten squats for an even more deadly weapon—an AK74 carbine. In exchange for a few measly squats, a particularly seething prisoner could have enough firepower to overtake the prison and escape on their own.

Worth a try, right?

The guard who joined in squatting with the first prisoner was curious enough to see what’d happen next, so he followed me indoors. We came upon another prisoner in the main hall and, just like before, I teased him with my weapon.

“Hey prisoner, how about you give me ten squats and I hand you this shiny rifle?”, I half chuckled into my microphone. Without hesitating or putting up a single token of resistance, he began squatting along with me. Of course, my guard friend joined in on the action as well.

As the prisoner completed his ten squats without complaint, I left the weapon leaned against the wall. Unexpectedly, the prisoner did not shoot either of us with it. In fact, he thanked me for the exercise and began a conversation about whether I’m a fitness instructor in real life. I’m technically not, but thank you, prisoner. You’re the real MVP.

As I soon learned, I didn’t always have to reward the prisoners with weapons to get them to squat with me.

My guard companion and I kept moving and finding more prisoners to squat with us. Within minutes, we ran into a full party of three prisoners looking to get into one of the workshops. We decided that, instead of shooting, detaining, or killing them, we’d let them inside—with a catch.

So naturally, I began to squat. And they each followed my lead.

Because, after all, why wouldn’t they?

Pavlov VR is a brutal, fast-paced game full of guns and blood. But its VR-ness gives it the opportunity to offer more than violence. The Jailbreak mod already pushes Pavlov into the territory of prison espionage, but who knew how effective a little bit of coaching and motivation would be to get everybody playing nicely together?

Have you played the Jailbreak mod in Pavlov VR yet? Let us know in the comments.