We have reviewed the top VR fitness games that can give you an amazing workout and compiled them in the best list of VR fitness game reviews online! We give you the detail you want when looking for your next Virtual Reality Fitness Game!

In the VR world, there seems to be limitless possibilities of what kind of games you can come up with. Despite this, we unfortunately see the same kind of games […] As we move into the next stage of VR following the amazing Half Life: Alyx, we are expecting the next big thing that can make VR the gaming platform of […] VR is in need of some invigorating ideas these days. While you can have endless shooters, rhythm games, and sword fighting games, at a certain point these genres can get […] Skyrim VR- An endless fantasy world to explore at your leisure

VR allows us to do things we could not imagine in our wildest dreams. Apart from useful real-world capabilities, it lets us soar through the sky, become superheroes, play out […]

VR is maybe the most impressive technological achievement of this past decade. To be able to put on a headset and become immersed in a whole other world with graphics […] I’ve been a musician for about 18 years now and despite dabbling in a few different areas there, one thing remains constant. I suck at drums. While I consider myself […]

VR is the only gaming platform I can think of that has games that seem weak on the surface but are forgiven because of the immersion that VR can bring. […] I believe more than any other gaming platform out there that VR players come to the platform for a particular experience. Some people love interactive puzzle games and for that, […] Carve Snowboarding for the Oculus Quest represents virtual reality’s first depiction of this intense freeriding winter sport. However, whilst Chuhai Labs might be bringing something novel to the VR medium, […] Since the installation of BeatSaber into our collective consciousness, there have been an endless amount of clones that come out seemingly every week to try and take the crown from […] 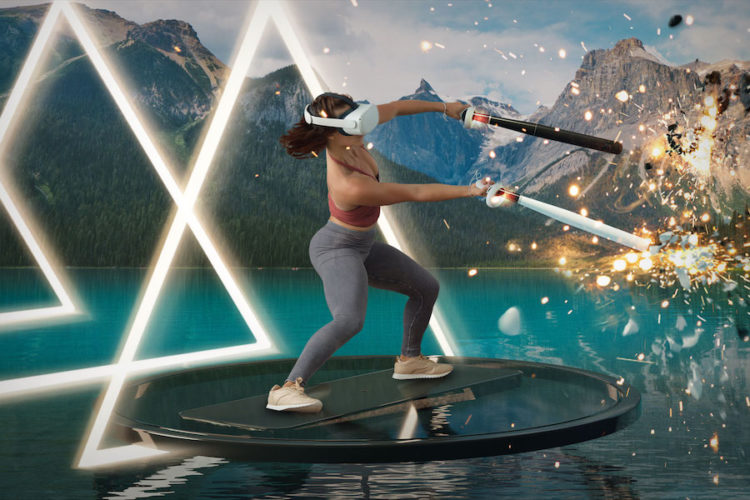 Until now VZFit has been an exercise service solely for use with a stationary bike. Split into two separate apps, VZFit Play is a suite of arcade minigames in which […] Back in the days of arcade games, one game seemed to be the most popular by far, and the lines to play it were always so sizable that I didn’t […] As an avid sports fan and player, I’ve never had the opportunity to play cricket before. Luckily, ProYuga Advanced Technologies LTD‘s IB Cricket is here to both teach you how […] Workout games in VR have a certain vibe to them. Usually, they’re given to us in a rhythm style or maybe in a melee combat styled game. As VR searches […] Cricket is a game that is played all over the world with 2.5 BILLION fans and to be honest, I had and still somewhat have no idea how to play […]

VR Rhythm games have been swarming the VR game world for some time now and it seems with each month, another developer throws their hat into the ring to try […] Way back in the day, we had a little thing called the Nintendo Wii. This strange console from the original videogame masters introduced the world to motion controls in your […] Sometimes, a game comes out that gains so much popularity so quickly that it’s impossible to understand how are why or where this all began. These days, it seems that […] Despite being the most popular sport in the entire world, we have never gotten a true Soccer game in VR. You have to think that the reason for that is […] It’s been tough to engage in team sports over the past year. Particularly, basketball has suffered greatly as the joy of heading to a local park to play some pickup […] VR has shown the ability to be far more about gaming. We’ve seen advances in the medical world with VR, through sports, and through people with certain disabilities as well. […] There’s no doubt Oculus has high hopes for The Climb 2. One of only six titles to earn a hallowed spot on the retail box for the Quest 2 at […] Sometimes, an idea sounds so good on paper, but just doesn’t ever seem to come to fruition when the project is completed. Unfortunately, that is the situation with SET VR. […] Another week, another rhythm game, right? I mean that’s all this looks like on the surface. But have you ever heard the phrase don’t judge a book by its cover? […] When it comes to VR games, immersion is the most important thing I can think of. Whether it’s the way Half-Life: Alyx brings you into a virtual world like few […] VR Rhythm games have become the single most played and made games in VR right now. It’s a bit of a surprise because, before Beatsaber, you really saw mostly sports […] Sports simulation is one of the genres that was obvious when VR first introduced and despite approaching its 5th year in the mainstream, there hasn’t been a ton of greatly […] I’ll be honest, I’m quite mystified at how to classify vertical ricochet. From my best approximation, it’s basically ping pong meets space pirate trainer meets tennis? It’s a tough one […] I know what you are thinking. “Oh look another Rhythm Game in VR”. While that genre seems to be one of the more popular if not market saturating, Ragnarock stands […]

Growing up, I dreamed of a day and I mean literally dreamed where a game would exist that would put me in the persona of a medieval warrior, able to […]