Magic Leap engineers have allegedly developed an augmented reality device to diagnose and treat color blindness as well as other eye maladies. Though not much is known about this technology beyond the information contained in Magic Leap’s filed patent, it appears as though the company’s masterminds have developed a potentially revolutionary technology. If Magic Leap’s headset functions as indicated, it will improve the lives of millions of individuals saddled with vision deficiencies.

Most people know virtual reality can be used to interact with digital environments. Some are even aware that virtual reality allows users to engage in physical activities to lose weight and get toned. However, few are aware of virtual reality’s potential in other contexts. This revolutionary technology just might prove effective in the quest to treat color blindness, phobias, seasonal affect disorder (SAD) and all sorts of other maladies. 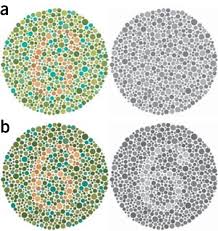 A mysterious virtual reality startup company known as Magic Leap has allegedly figured out how to use VR to diagnose and treat color blindness. The company has filed a patent application to treat color blindness with its augmented reality technology. The application was approved a few weeks ago, proving that this new technology has the potential to be used for practical purposes.

Magic Leap’s patent indicates that the company’s masterminds have developed an augmented reality device that diagnoses and treats eye issues. In particular, the new technology improves the vision of those plagued by color blindness. The patent contained a whopping 160,000 words and outlined 18 unique claims regarding the potential diagnosis/treatment capabilities of its new technology.

Details About the new Technology

Magic Leap engineers have designed a wearable augmented reality technology that is donned atop one’s head. It is an ophthalmic system made with an augmented reality display that is designed to pass light from the surrounding world to the eyes of patients. This device selectively modifies the light of the world according to each specific wearer’s color detection deficiency. It represents quite the breakthrough in the quest to improve the vision of those plagued by color blindness. Though EnChroma’s glasses work fairly well for those who are green-red colorblind, those plagued by other types of colorblindness still struggle to see colors as they really are.

Enter Magic Leap’s new augmented reality headset. This device could help such sufferers and possibly put some eye doctors out of business. Magic Leap’s new invention will make use of sensors that permit the device to pinpoint the colors a patient can’t see. It then amplifies wavelengths of light in order to apply a filter to prevent colors from overlapping. The company’s patent states that this technology will be used to diagnose additional eye conditions like astigmatism, hyperopia and myopia. It also looks like the device will feature a user menu that allows for the manual adjustment of vision settings.

When Will the Device be Released?

The company has developed quite the reputation for secrecy. Magic Leap has raised $1.4 billion for the development of its augmented reality glasses yet it has not yet released a beta version of the technology for investors to check out. Though several media outlets have requested interviews with Magic Leap representatives, the company refuses to comment on its latest patent. Magic Leap has not yet set a release date for its new technology. No one outside of the company is even sure if the device functions as described in the patent.

What the Technology Means

If the startup’s new device proves successful, it will revolutionize the diagnosis and treatment of color blindness as well as numerous other eye ailments. As noted in this VR Fitness Insider article, nearly 300 million people suffer from a visual impairment. If augmented reality technology ameliorates any of these conditions, it will prove to be one of the most important breakthroughs in the history of medicine. Time will tell if Magic Leap’s engineers are onto something or exaggerating their patent’s claims in order to generate buzz and raise more venture capital. It won’t be long until we find out.