I used to play soccer a lot when I was a kid until I found out that it’s actually called Football, then there was confusion among us kids as we tried to figure out what each of us meant when we wanted to play soccer, I mean football, which is soccer. I’m getting confused again. But don’t worry, now that I’m an adult, I can tell the difference and Final Goalie: Football Simulator is a great way to get back into the game. This is one game that is really getting me back to an old passion of mine, which is definitely scoring a goal with me.

What is Final Goalie: Football Simulator?

You are a Goalie during a Football Practice simulator. That’s it and there’s not much else to it. You do have a lot of challenges you can tackle, but there’s also an arcade mode for some more challenges. As I said, there’s not much beyond being a Goalie but not during an actual match. I have a feeling they understood that people don’t want to watch other people play with a ball for a few minutes before finally being able to do something.

The graphics, for what the game is actually about, are very good and it will make you feel as though you are in an actual stadium. While the NPC’s are low-res, they are just far enough away from you that their low-res just looks like distance blur and it becomes nearly unnoticeable.

The hardware need to play this is unsurprisingly low since the game itself is very limited. Although, I definitely doubt that the game makers meant to type 8MB of RAM, which is more likely to be 8GB of RAM. You will need the standard i5-4590 processor and GTX 970 with the minimum Windows System being 7. You will also only need 1GB of space on your machine in order to store it, which is about the size I could see this small game running at. 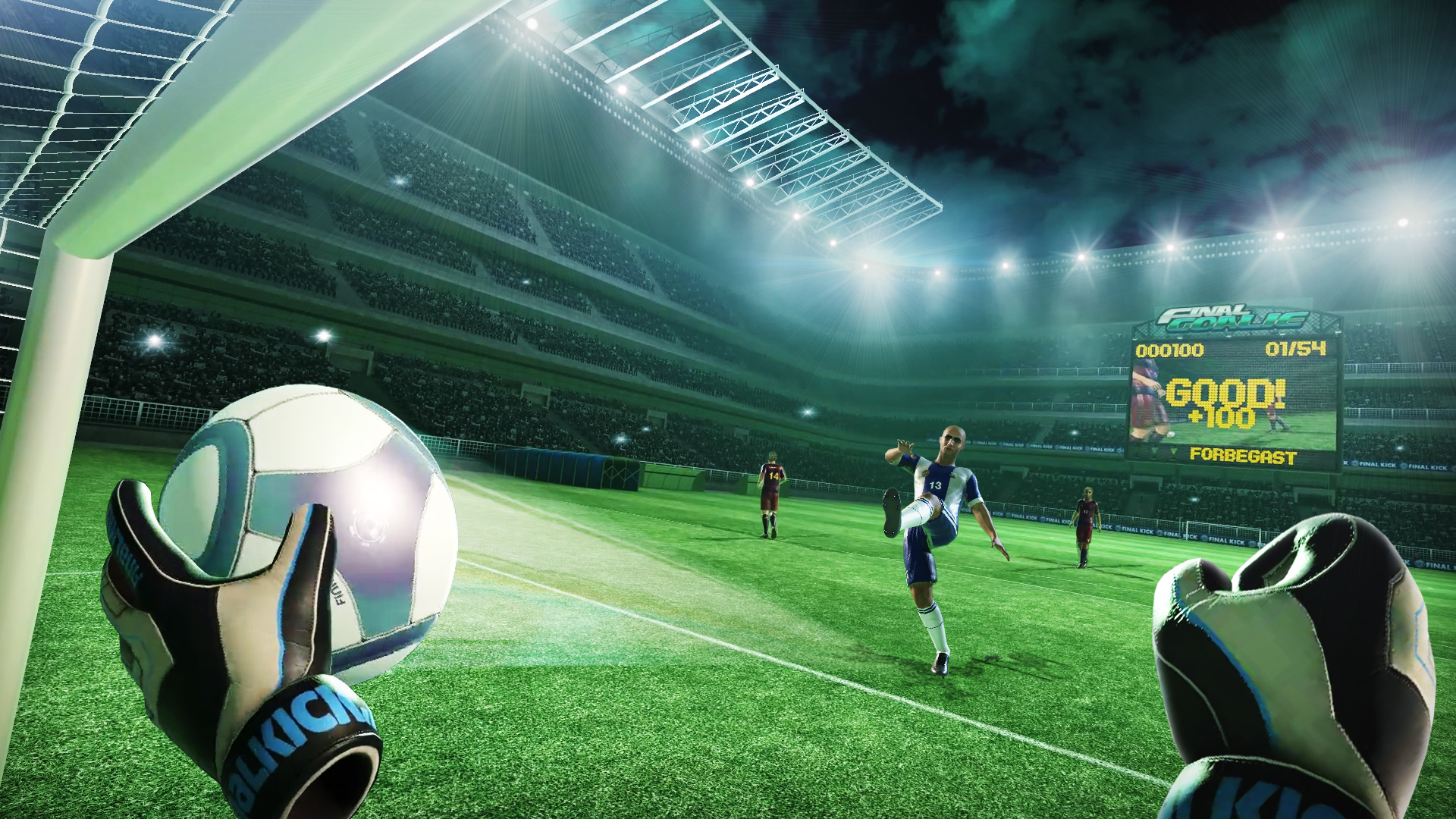 The fitness in this game really shines in the Arcade mode, which can get pretty hectic and make you move really quickly. An example of this is when the game makes you try to catch three balls within seconds of each other, which can be relentlessly exhausting when it keeps doing this over and over as you try to beat the challenge it has given you. However, since the challenges are short and the actual Arcade mode is also very short, I doubt you can get much of a consistent workout with the game unlike Audioshield. 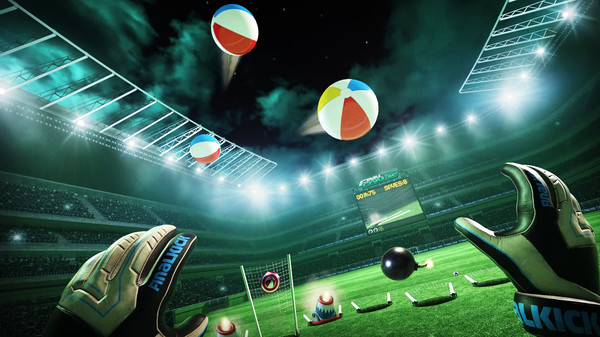 The overall gameplay feels very nice even though the game is limited. You can grab the ball, punch the ball, gain power ups that will help you block the ball, and generally feel like you are a Goalie. The only issue that I have with this game is that there isn’t an endless mode, which would bump the game up to a 5/5 in fitness. The bonus to this game, which is something I have seen no other VR game do, is that there is a mobile game called Final Kick that allows you to play with the people who have Final Goalie. However, for $19.99, this game is far overpriced for what it is actually worth in my opinion, but a game’s worth is determined by the gamer.

While it is limited, it is a very fun game to play with a lot of challenges to tackle that will keep you playing the game for a while before you run out of challenges. It is definitely a game that should be picked up if you are a soccer fan.