As a regular Beat Saber player, it’s easy to look at the scoreboard after you’ve hit a high score on a song that’s taken you a while to ‘master’, realize you’ve only hit a ~70%, and feel like your accomplishment isn’t worth much of anything at all. That’s pretty much how I felt after continually attempting (and failing) to hit a top 10 score with BennyDaBeast’s mapping of POP/STARS back in December.

So how exactly do the top players do it? I sat down and chatted with a handful of the top 50 highest ranking players in the Beat Saber community for tips and tricks on how to compete at their level. They did not disappoint. Here are 12 of the top tips suggested by the pros.

How to play Beat Saber according to Deno: “Although it seems like a generic answer, the best way to improve is through time. Play play play, but don’t play to the point where you can hurt yourself. Beat Saber can be very damaging on wrists and arms if done excessively.”

How to play Beat Saber according to Deno: “Also, one thing I see a lot of new players do is that they don’t understand the scoring system, which is understandable because it’s not explained in the game. But learning how scoring works is one of the first things a newer player is going to want to learn; the faster you learn how to get the correct angles and precision within your swings the faster you will improve.

On top of this, I think it helps to watch Beat Saber content, whether it be YouTube videos or twitch streams. Taking in this content can allow you to gain insight on how to play from informative content makers.”

Tip #3: Use the Practice Mode in Beat Saber

How to play Beat Saber according to Tino: “I think something many people overlook is the utility of practice mode. When faced with a new pattern that you cannot do, slow down the song, and work your way up faster and faster until you can do that pattern at 100% speed. For my play style, I’d describe it as very static, in regards to body movement at least. I hardly use my body to move the controllers, rather, using mostly my wrists so I can play high bpm patterns with better endurance.”

How to play Beat Saber according to AtomicX: “As for me, I think my biggest tip that hasn’t already been mentioned is to change how you hold the controller. On Vive and Oculus I’ve seen a lot of people who are trying to improve themselves hit a huge wall in Beat Saber because, simply, they hold their controller “wrong”. Most players who start playing the game use what we call “Default Grip” (which is hands on the controller and index finger on the trigger.) Basically how you would hold the controller in any other game.

As for all top 100 players, most, if not all, don’t use this grip. They’ve all switched to a different way to hold their controller. For Vive, you have grips like B-Grip, Vive Claw-Grip, V-Grip, and many more. As for Oculus you have; K-Grip, R-Grip, Oculus Claw-Grip, Palm-Grip, and other variations.

In my opinion, most grips are not better than the other. I think it all depends on which one you find more comfortable and easier to use. As for me, I’m on Oculus and I use R-Grip in one hand and a variation of R-Grip in the other. But, for CoolingCloset, who is also an Oculus player and is also one of the best players in the game, he used Palm-Grip.” 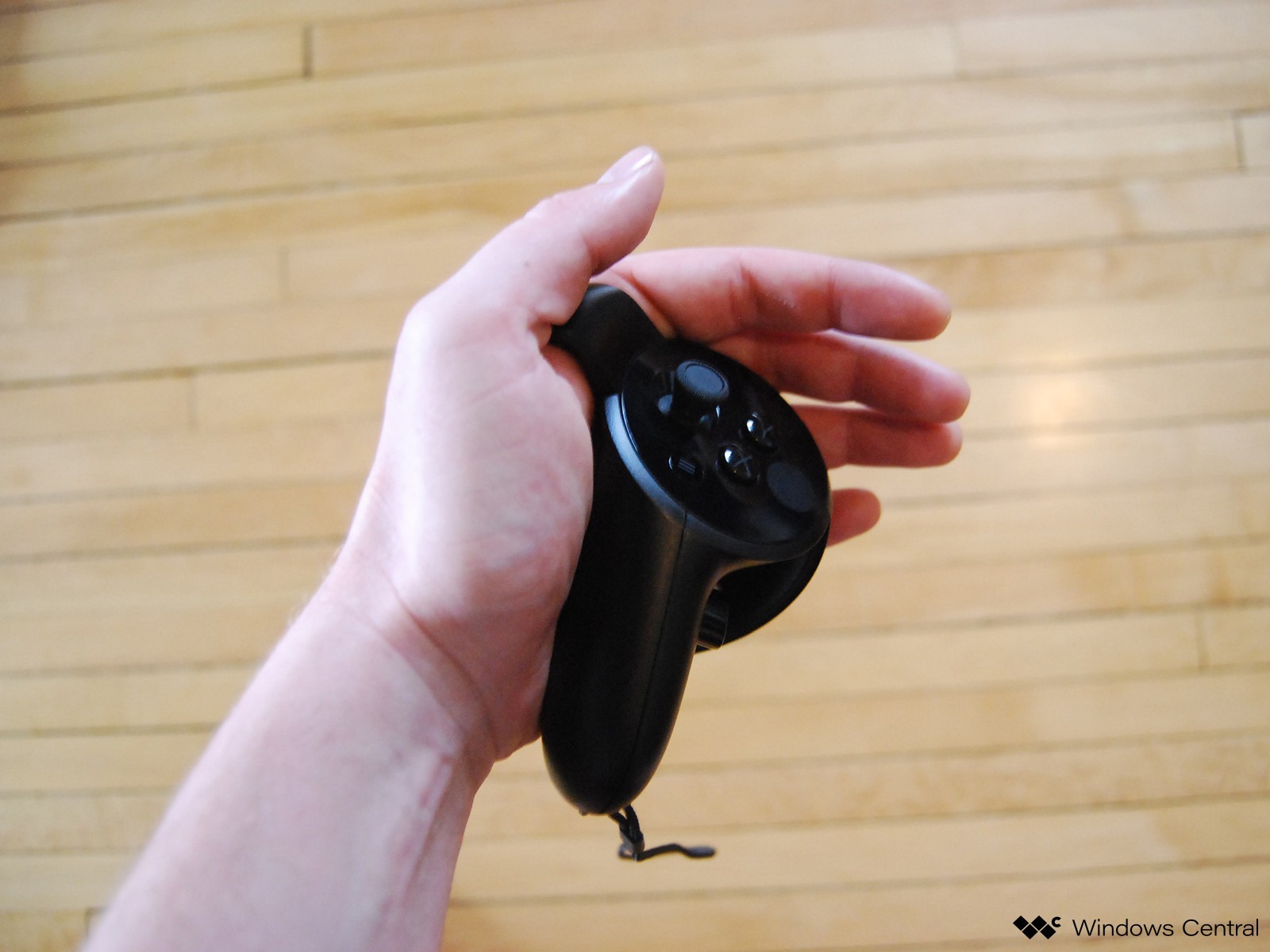 How to play Beat Saber according to OrangeW: “I think easily my biggest tip, for when people ask me on how to improve, is to play. Do you want to improve fast? Play with the mindset to improve. You cannot improve without playing lots, especially in pattern heavy rhythm games like Beat Saber, osu!, etc. Focus on your mistakes and fix them, but at the same time, don’t become absolutely fixated on a mistake. Stuck on something? Play something else.”

Tip #6: Focus On Techniques You Want To Learn

How to play Beat Saber according to OrangeW: “When asked about improving on stream-oriented maps, I say: ‘play stream-oriented maps, and work whatever you want to learn into that process of playing.’ For instance, let’s say you want to improve on scoring on lower BPM stream songs – you would for each time you play a low BPM stream song introduce slightly (ever so slightly) larger swings into your play, and you focus on improving that.

My playstyle varies from day to day – some days, I want to jam- I’ll move my body like crazy and sacrifice gameplay occasionally. It is a game and games are meant to be fun after all! Some days I want to purely score well, so I play very static, and put my focus into reducing misses and increasing my 10-point accuracy.”

How to play Beat Saber according to Krios: “Speaking as a more accuracy-based player vs. challenge map completionist, my advice for people that are seeking to improve on their rank or scoring is to work on their fundamentals. I think everyone would benefit from playing slower songs first and really working on their accuracy before committing too hard on challenging songs at the detriment of their technique. Make sure you have big arcs in your swings and work at hitting dead center on the notes. Try and consistently score between 105-110 on each note within songs you enjoy that aren’t overly challenging. I highly recommend utilizing mods such as hit score visualizer, perfection display and also the advanced HUD to gauge your accuracy.”

How to play Beat Saber according to Krios: “Personally, I adopt a wide stance when handling fast streams so I can bounce side to side quickly. I also relax my torso while using nearly nothing but my wrists when swinging. When handling diagonal streams it’s helpful to tilt your body parallel to the angle of the notes. As for learning complex patterns, that simply takes time and not overthinking it. You need to work your way up to muscle memory and instinct, in a sense you sort of ‘shut off’ your brain for these patterns.”

How to play Beat Saber according to Krios: “Last bit of advice: have fun with the game and mix things up. Constantly grinding out songs can be soul-sucking. Keep the game fresh and play a wide variety of songs with different styles. Moving on from slower songs it would be good to practice the more standard stream-heavy songs such as Paragonx9, Avalanche, and Tower of Heaven V2. Find the ones that you enjoy most and discover your own form of play. It is a game after all.”

How to play Beat Saber according to Tetsu Kuro: “My personal tip for people who want to reach a high level of play is to not overthink the patterns. When I see people I think are capable of playing high difficulty maps who don’t themselves think they can, I’ll have them try Speed of Link, a song with (for the most part) simpler patterns, but high speed. Without fail, the response I get is ‘It’s too fast!’ or ‘I’m too slow!’, but at the same time, I observe them swinging the notes too fast. Once I tell them this and they slow down, they’re eventually able to beat it with practice, when previously they thought it wasn’t possible.”

How to play Beat Saber according to Tetsu Kuro: “I believe the game is more about pattern recognition and practice than physical capacity. There’s a bit of reflex involved, sure, but reading the patterns comes with lots and lots of practice and exposure. The actual amount of movement required to hit the notes even on the hardest songs is minimal but precise. I like that the game is accessible to so many people, and I think that most players have the capacity to achieve the highest ranks on the leaderboard and play the hardest songs, regardless of body type, age, sex, etc.

I’d say I follow that as my playstyle – one of the first things I try to do when I find a new song to play, is to try and sightread it DAFS (beat it first try with both faster speed and disappearing arrows on). A lot of times, I fail, but I love the challenge and practice. My favorite songs are ones with complex, well mapped, or otherwise creative patterns that get your body moving.”

How to play Beat Saber according to LSToast: “In the player settings, there are a few things most top Beat Saber players change to improve the overall experience that some newer players might not know about:

‘Static Lights‘ make it so that the background of the platform no longer flashes or moves. This makes it less distracting so you can focus better and also takes some stress off of your PC making the game perform a bit better.

‘Reduce Debris‘ makes it so that the blocks immediately disappear when you cut them. This helps with visibility, especially in dense, complex maps where the flying leftovers of blocks can clutter your vision. However, on slower maps where you are mainly focused on the extra 10 points you get for how evenly the blocks are cut in half, the debris can be helpful to see how you need to adjust to get a more even cut.

‘Player Height‘ can be adjusted by crouching or standing on your toes while hitting the calibration button. This will adjust the block height. I generally play with the height set a bit lower, which lowers the blocks. This makes it easier to reach blocks mapped at the top level and get a larger swing for hitting the blocks at the bottom level. Experiment with different heights to find what feels good and gives you the best scores.”

Beat Saber can be a difficult game to master if you don’t know the right techniques. Luckily the most talented players are also extremely kind, and they’re happy to impart their precious knowledge onto others.

If you’re interested in learning more, go ahead and join the Beat Saber Modding Group Discord channel. It’s an open door into the Beat Saber community, where you can meet other players who are learning the ropes just as you are.

Have these tips helped you improve your performance in Beat Saber? Let us know in the comments.