VR’s pace is blisteringly fast. In the last year, we’ve had a lot of new offerings that mere months earlier wouldn’t have been considered possible, especially in the mobile VR segment. But the real question is what are the standouts for mobile VR that you really need to be aware of and potentially even buy to enjoy all that mobile has to offer in virtual reality? Don’t worry! We’ve got you covered with this top list of the five best mobile VR accessories you need to know about right now!

As you can see in the title, this is only currently released in China as of right now. This means that even though it is an awesome device, it isn’t going to be available in the US just yet, even though there’s a business a version of this device that allows up to 6 different users to connect to it.

The device just attaches to the top of the HMD and has power that usually lasts for a couple of hours. It’s very lightweight and it doesn’t get in the way of whatever you’re doing, especially not as much as the wires that would be coming out of your computer if you were using a typical set up.

Since this allows you to remove the wires that previously attached you to the computer, this is an obvious increase in maneuverability. Because you can actually move around a lot more freely, this would theoretically allow you to burn more calories than you had been in any of the games that you had previously downloaded. In a typical VR set up, you’re forced within your small gameplay are, but with this handy add on you can move around a lot more. 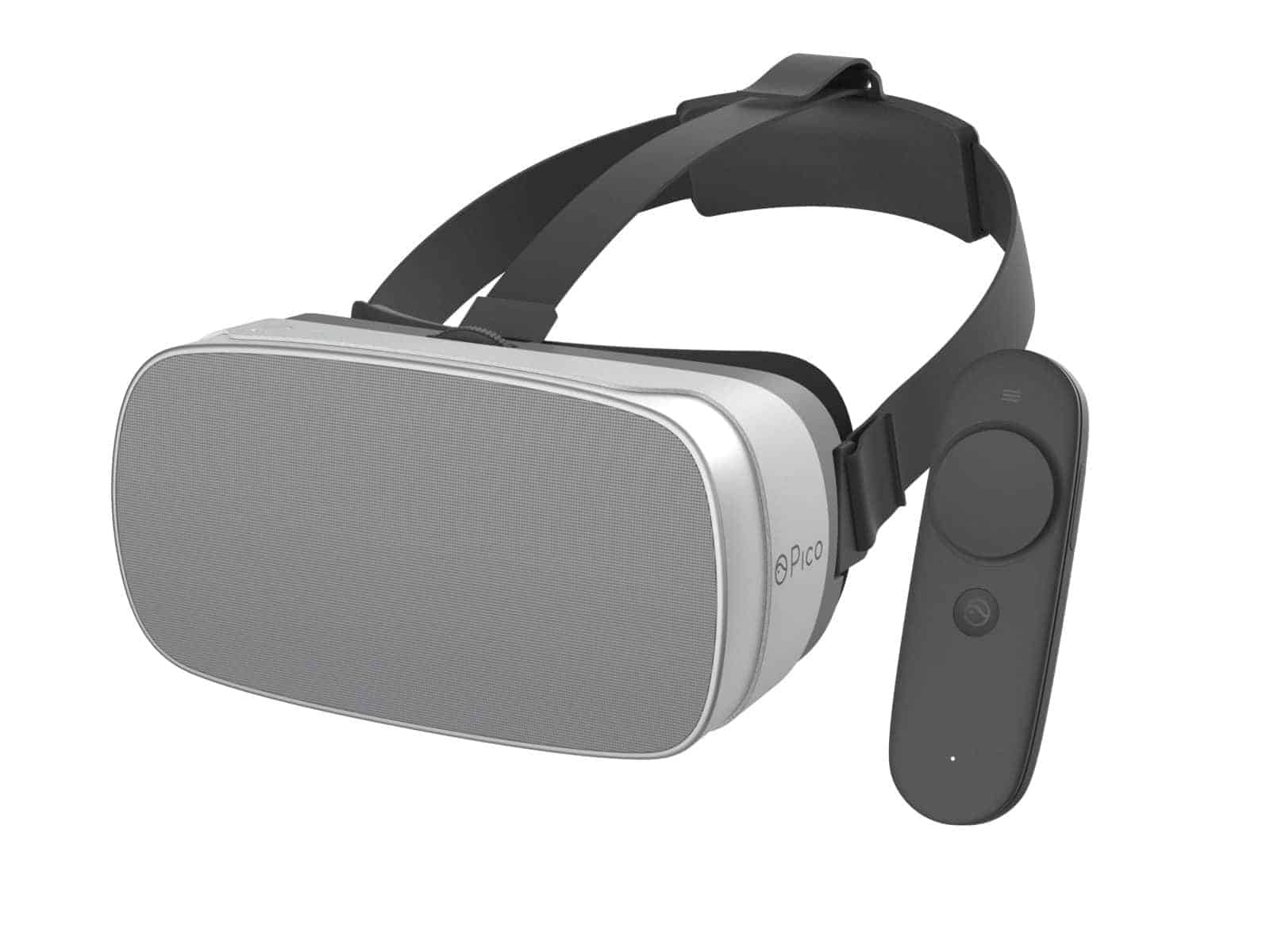 Pico Interactive has been one of those company’s that not only stuck around but also provides good quality. The reason why the Pico HMD is on this list is because it’s the first of its kind to actually go completely wireless. This device actually has a Qualcomm Snapdragon 820 processor on the inside to provide you with the 70 Hz display at 2.5K resolution. This is probably the best product that they have made so far.

Not only has this device been known for providing the three degrees of freedom technology that has been a hit in the past year, but they have also created some quality headsets that are not easily breakable and will be comfortable for the average person. It’s wireless (obviously) and they’re also coming out with their own app store so they can compete with Oculus and Vive. Their goal is to do what they big guys are doing, but cheaper.

In my opinion, this technology expresses what we need in the VR Fitness industry as a whole because we need to be able to go beyond the small spaces we’re used to with Vive and Oculus. It’s nearly impossible to get a full body experience when you’re confined to a small space and frequently able to navigate through experiences from a chair. With this device, you can be just about anywhere to do your VR workout. This basically blows the market out of the water because you can get it for less and it can really be mobile. We’d love to see an all-in-one HMD from Pico and when we do, the folks at Vive and Oculus won’t be able to avoid the leaps in innovation happening outside their own walls.

They were the very first step in Mobile VR and one of the biggest steps in the VR industry, beyond making VR technology wireless from a computer. But beware: Even though there have been quite a few models placed on the market, only a few of these have actually been good. Even though mobile VR is currently a potentially huge industry, not a lot of developers have decided to take advantage of the Android platform to utilize the VR technology. This has limited many of the applications to experiences where you can stream from your PC or just simply ones that were made at a much lower quality.

This one is a bit of a no-brainer. It’s on the list because it’s mobile and it lets users be free of a confined space like the Pico, but these devices also opened up a new market for VR users who were exposed to different experiences. All in all, these handy off-big-name-brand HMDs were mostly sold overseas, but that in and of itself is one of the reasons why they’re important considering the volume. Mobile VR is huge and a lot of people who use the Vive or Oculus don’t realize just how big it really is. According to Statista, nearly 90% of the HMDs sold in 2016 were mobile, not the least of which were these mobile headsets we’re discussing now. Can we say with any certainty that every user of that 90% was using their mobile HMDs for fitness? No. But we can say that the potential was a lot larger in this segment just based on the massive sales figures and what they mean to the unique features of a mobile apparatus.

Being the very first on the market to display a VR backpack that let’s you take your VR experience into the world is a pretty big deal when you consider some people just don’t think true mobile VR is there yet. The MSI VR ONE brought us the capability of carrying out VR with us and it didn’t disappoint.

Let’s break this one down in it’s simplest terms: It’s a computer on your back that removes the limitation of being tied to your house in order to play VR applications. From most applications, this would basically be useless because they require the use of sensors but as we have progressed into a community that utilizes the environment as our sensors rather than the five sensors that the HTC Vive provided us, this can be used a lot more than it currently is.

Just carrying one of these around is a workout in and of itself because the computer weighs around 10 pounds–it’s a lot like wearing a weighted vest. That may not seem like a lot until you carry it for around the entirety of its battery pack life. Couple this with all the benefits of being able to really move and enjoy each squat, lunge or leap in VR like a real workout and you’ve got a winning combination for a workout.

This was one of the solutions to making VR headsets Wireless from the PC and it is a great step forward. The idea behind this is that if you can provide the data transfer then you don’t need the wires and by attaching the data transferring machine directly to the front of the head-mounted device, you have no barriers in front of you, beside you, or behind you.

This device lasts for around four hours and is already compatible with phones dating back to even the Samsung Galaxy S4. This means that a wide range of people who had previously not been able to use their mobile device to play PC VR applications would now have access to this technology. Additionally, it’s been built for those who have corrective vision in the first place and this is not something that is seen in a lot of the devices. But beware: The older your device, the slower the connection is to the computer. This uses previous technology that exists in most Nvidia Graphics drivers but not AMD Graphics drivers so most people who play on AMD graphics cards would not be able to use this technology.

Since it allows such old phones to be used as a window for VR use, it provides a great way to introduce a large range of people into the VR world and specifically into fitness since it isn’t the stagnant sit down and watch stuff happening in front of you VR. It’s also arguably  the most affordable form of VR since you can use almost any phone. Is it the best VR experience? No. But will it open doors for people to get into VR and start using the tech to workout? It definitely has that potential.