The golden era of arcades is long gone. Anyone who passed through adolescence in the 1980s and 1990s will testify to the endless fun provided by arcade video games. These social gaming centers served up lively gaming experiences that could be shared with others at the cost of a couple quarters. Nowadays, arcades are few and far between. Most people prefer to stay at home and play video games on their video game consoles that are actually supercomputers in disguise. This could all change with virtual reality arcades. Fast forward a year or two into the future and VR arcades might be popping up left and right.

People Will Leave Home for a Transcendent VR Experience

VR is poised to saturate the home market, providing the opportunity to engage in a virtual world on a comfy couch for a couple hundred dollars. Some VR headsets merely require a compatible smartphone. Yet VR arcades will attract the masses who are not yet ready to plunk down hundreds of dollars for an at-home VR system. Those interested in VR will “test the waters” by visiting VR arcades or other entertainment centers that offer the latest in VR technology. It is even possible that gyms, YMCAs, bowling alleys and other entertainment venues will offer cutting edge VR games and experiences for a nominal fee. 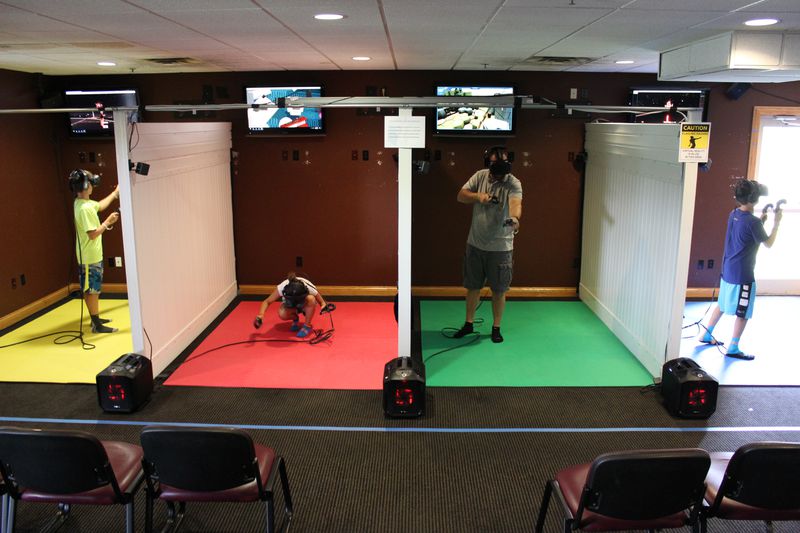 VR is Coming to a Town Near You

HTC is launching VR play centers in China, Taiwan and other countries. The company has partnered with Leke VR and Valve to bring immersive virtual experiences to the masses by way of low-cost VR arcades. HTC representatives have stated that thousands of these play centers will be open for business by the end of the new year. Leke VR’s VRLe content, Valve’s Vive VR system and HTC’s proprietary content portal serve as the foundation of the company’s lifelike VR experiences. These technologies are being combined to provide arcade-goers with uber-realistic, intense gaming action that can’t be achieved with the typical at-home VR system.

People are spending an extraordinary amount of time in the home these days. It seems as though everyone is hooked on a screen of some sort, whether it is a TV screen, tablet screen, laptop screen or video game screen. Yet staying indoors all alone does not provide any sort of meaningful human contact. VR arcades are here to reconnect people in a social setting while providing the top-notch virtual experiences that at-home VR headsets can’t match. If HTC’s VR arcades are a smash hit in China and Taiwan, it won’t be long until they reach the states and other territories. Are VR Arcades a Sneak Peek of VR Fitness Centers?

If all goes as planned and VR arcades captivate the masses, VR fitness centers will soon follow. Can you imagine competing in a virtual Tour de France with a VR headset? Maybe you would like to race Usain Bolt in a virtual setting. Perhaps you would prefer to climb Mount Kilimanjaro without risking life and limb. Virtual reality fitness technology will make it all possible. All you’ll have to do is make a quick jaunt over to a VR exercise center.  Think of these new age fitness facilities as boutique gyms. They will likely cater to the those under the age of 40, provide extensive virtual reality exercise options and do a fantastic job of whipping people into shape.

Consider the average person’s motivation for joining a gym. He could invest in a home gym, perform body-weight exercises or work out with motion-controlled video games. Yet he chooses to leave his home to exercise in a social setting. VR fitness centers will prove similar to gyms in that they provide a communal setting for fitness enthusiasts to connect with others, share VR experiences and consult with VR fitness experts. It is even conceivable that VR fitness centers will one day outnumber traditional gyms.