The title may be a little confusing, but it makes sense once you understand the weight limits of all the exercise VR gear out there. The devices that are being built are often for the average size person with the average size weight, which means that anyone that’s actually obese usually doesn’t have access to the exercise equipment. Let’s talk about why they are doing this.

Most Of These Companies Are New

Most of the companies making this type of equipment are new companies that are making their first venture and exercising in the VR environment is a frontier with nowhere near as much competition as basic exercising equipment. This means that there is a high chance that their company will not fail as long as the VR industry does not flop. Additionally, the sales team understands that reaching out to the widest audience is often the best way to attract the most sales and since a new company needs all the sales they can get, selling to the biggest potential audience is the way to go. The biggest potential audience is often those of an average build anywhere from 150-250 pounds in weight and anywhere from 5’3″ to 6’2″ in height. Their predictive analysis tells them that this is the best market to sell to and so they build a product for that audience.

Where it Goes Wrong

The problem is that they build a product for that audience and nothing else. What you will often see in exercise equipment companies is that they will attempt to build their model to handle the biggest sized person that can reasonably fit on it. Just look at these models that have a weight limit of 400 lbs at the same price or even less than the ZoomVR: 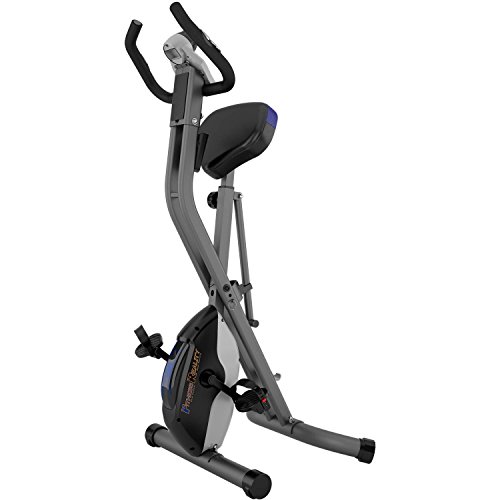 Both are extremely inexpensive at around $200, which is inexpensive when compared to other products. That easily fits my size and weight since I am only 316lbs, but the bonus is that these cheap bikes can also easily handle anything smaller than that weight. It’s sturdier and will last much longer because it was built to handle that kind of weight. When you restrict the weight limit of an exercise machine, you restrict how many people can actually buy it. Therefore, even though the sales team made the right choice to make a machine that fits the biggest potential audience, they also missed out on grabbing the biggest potential investors. The average person will not dedicate themselves to product but price. An obese individual, like myself, will dedicate myself to the product because I know it can handle my weight and it won’t likely break on me.

What This Means For Your Fitness

Your exercise equipment could be cheaper than what these products offer. Let’s look at the weight limits for some of these products and see how many I have been cut off from using:

All of them are unavailable to me and these are only the products I could readily get the details on without sending an invoice to see if I could buy one.

It is absolutely astonishing to see so many companies willingly losing out on a good portion of one third of America. That’s right, one third of Americans are considered obese. Now, because I don’t want to twist facts, anything that’s over 200 pounds is usually in the obese range. Going by a quick BMI calculation, my normal range is anywhere from 148 to 199 lbs. My brother is around 140 lbs and I was truly concerned for his health from the way he looked. However, guess who also cannot use this equipment:

These are three people who are legends in bodybuilding and not a single one of these three individuals could use the equipment according to their weight. These people are also considered obese. Yeah, obese does not always mean fat. If the individuals who built the VR equipment as companies tend to build regular exercise equipment, not only would it be able to sustain more weight but it would also be cheaper for those who want a lighter model. Once you tackle the much larger size and make it affordable, all the smaller ones become a lot cheaper under the same principle. The main price of the equipment isn’t the material after all, it’s the amount of money the company needs to make before it can pull itself out of its investment debt. Not only would the frames be strong, but they could also be built a lot more mobile. Right now, the Omni is this enormous machine that needs to be put together in several parts. Depending on how they redesign it, the devices could be more collapsible than in parts.

While this may have been a long rant, it’s mainly about why these companies need to include everyone. These machines should not be built to handle the average person but the heavy person. Building for the big in an affordable manner makes the building for the small cheap. VR is insanely expensive right now and the only way we can fix this is if our design patterns change and we build for the hard parts, not the parts that sell quick.