Home Games Are VR Arcades Poised to Take Over Gaming? I’m not that old, only one-third of a century, so I can’t say I lived through the Arcade scene. However, that’s where games first began to be popular in America and while Japan still has a very large Arcade scene, America’s scene died as soon as the console was invented. I’ve talked about this before at the end of an article, but I want to point out how shockingly similar the times are right now because before we realize it, VR arcades could be taking over the conversation altogether. 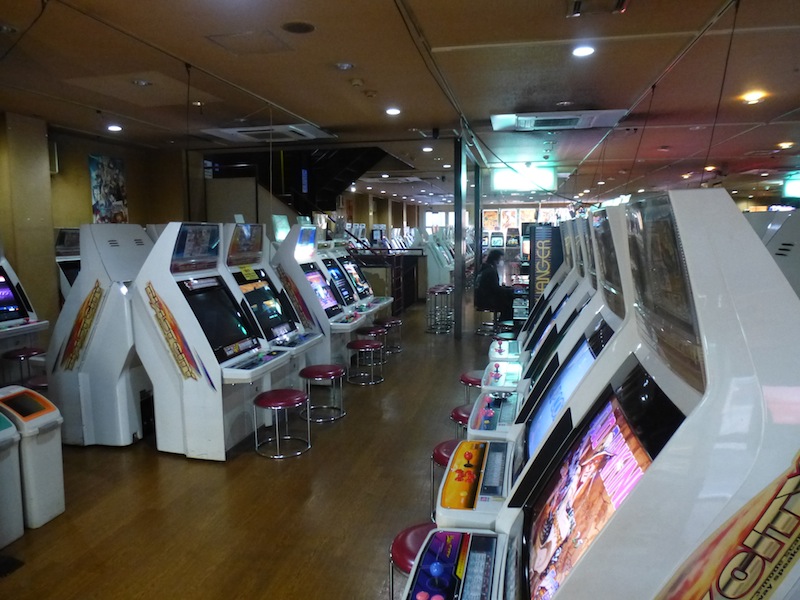 The Reason for the Arcade Scene

Games were expensive in the beginning and it just cost too much for the average person to own their own Arcade system. Home consoles had yet to be invented for game use and the average Arcade game cost anywhere from $900-$5,000 depending on who you were buying it from. Therefore, it was more cost effective to have Arcades and this spread the gaming culture to every corner in America. People constructed thousands of Arcades over the next decade and each one of them made obscene amounts of money. It was only when the first home consoles came out that people stopped going to these Arcade stores.

Why The Arcade Scene Blew Up So Fast

The first reason why it was so popular was that many of the games were addictive and built similar to the mobile games we have. If they couldn’t make it through the level then they had to hand over more money to play more. The amount of money was small so there was a lot of opportunity to play these games as society was generally doing well for itself.

The second reason was that this was around the time drug culture and racial divide was among its highest tensions in history. This gave kids the opportunity to go to a place to play with other kids and be themselves. It was also considered a safe zone for other kids because these were highly populated, there were lots of other kids, and stores usually only stayed open during the hours of the day.

In America, we’re currently in the middle of a rather big racial divide. The tensions are incredibly high and most kids stay inside of the house because there’s simply nothing to do outside of the house. They have computers, smartphones, and all sorts of gadgets that have taken over their lives.

As you can see, the price is astronomically high and companies are attempting to make it more affordable by appealing to the mobile crowd.

Why point this out? Get Your Mathematics Ready

They’ve been slowly cropping up in areas of the United States and they haven’t caught fire yet, but it poses a very big marketplace. Here are all the jobs that make a VR Arcade possible:

All of this is required to make just 1 VR Arcade possible. That’s a minimum of 20 jobs from just one store running the bare minimum amount of staff. VR is crazy popular, but only in speech and not in sales because many people simply can’t afford it…yet. The average prices for the VR Arcades that are coming out are around $30/hr, which is relatively cheap when you think about the cost in comparison to going to the movies or a bowling alley.

When the Arcade scene happened, there was an Arcade store in nearly every city in America, which is why you see they are sometimes the props in an “abandoned but not so abandoned” horror film town. There are around 20,000 cities in America and if you multiply that by the 20 jobs, you have a capacity of 400,000 jobs just to have 1 VR arcade in every city. If only 1 purchase was made for 1 hour, the profit would be $600,000. If the stores ran for 8 hours a day, a short business schedule for many businesses, then that would be a $4.8 million profit. Multiply that for the entire year and you have a minimum of $1.7 billion industry. That’s just 1 person making a purchase for every hour, which is ridiculously low and unsustainable. If these Arcades are as popular as the ones that came out in the 70’s, we’re talking about 30-40 people being a minimum. On a Saturday, that’d be a $7.4 billion industry. In comparison, the mobile market makes around $2 billion on average each year.

That’s right, if the VR Arcade hits America like the old fashioned Arcade did in the beginning of video games, you will see the biggest market explosion of all time. Will it happen? There have been strides for VR arcades in Japan and pop-ups are never out of the question in the states, but it seems, at least for now, we’re keeping VR a home-bound experience for the most part, which hopefully will change very soon.