If you’re one of the last few people out there that thinks that virtual reality is just about gaming, it’s time to listen up. Countless studies have been touting the benefits of VR for our health, fitness and wellbeing. As a result, millions of people are having their eyes opened by all that they can accomplish with a little help from VR. One of those challenges that VR is now poised to help with is soda drinking. According to Coke, more than 1.9 billion servings of just their drinks are purchased in more than 200 countries each day!

That number is both epic and disturbing, especially when you consider the world population currently hovers just over 7 billion. That means that over 28 percent of the world could be drinking Coke products every day. Take a minute to understand that number and then factor in that it only reflects Coke, not Pepsi or other popular soda companies. Shocked yet? Worried yet? Enter VR.  In a virtual world, people are able to see the impact of their daily choices on their future selves, something that isn’t as concrete when dealing with regular reality.

Researchers recently conducted a study that looked at how virtual reality can play a role in helping people curb their addiction to sugary soft drinks. The study lasted for three weeks. Participants were given health risk information related to soda consumption. Three different groups were presented information in three different ways: One group was given statistical information, one group was given pictures, and the final group was given a virtual simulation. Over the course of three weeks, researchers looked at three different dimensions of risk perception, including perceived likelihood, susceptibility, and severity, involvement with the health issue, and soft drink consumption.

VR is a Powerful Method for Conveying Health Risks

According to the results from the study, the most effective method for increasing a person’s perceived likelihood of health problems was through the use of virtual reality. They concluded that presenting health information and helping a person understand his or her health risks based on behavior was best accomplished by using virtual examples to give contextual information.

The soft drink study included 67 women and 14 men aged 18 to 24. The average participant spent about three and a quarter hours a week using video, computer, or mobile games. None of the participants had any dietary restrictions that would prevent them from drinking soft drinks or consuming sugar.

Several participants did not complete the study: 11 dropped out in week two, three more in week three, and five more were excluded because they did not follow directions. The final results included data from 52 women and 10 men.

The group taking part in the virtual phase of the study were given a pamphlet that featured a video recording that allowed them to view the consequences of soft drink consumption demonstrated by a VR same-gender college-aged student drinking one drink every day over two years and gaining 20 pounds. The two year time frame was sped up to occur within two minutes. 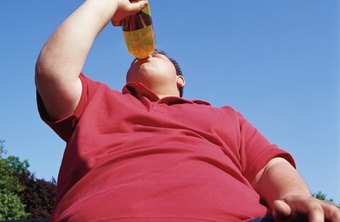 According to researchers, participants who witnessed the virtual character gaining weight developed a greater aversion to soda consumption. And though they don’t see VR characters and experiences as a fix-all for obesity, they do believe the test results were encouraging and that programs such as these could have the ability to convey powerful health information in the future. They believe virtual examples of health risks could be a “cost-effective yet powerfully engaging tool” for promoting healthier living. If something as simple as watching a VR character show you the negative effects of soda addiction can result in curbing this bad dietary habit, imagine what VR could do for the millions of individuals all around the world who feel helpless with their diet. We’ll keep on tracking the research to see how VR can help benefit you and your diet and report it here as it happens.