PlayStation 4’s virtual reality (PSVR) games are quite captivating. Ask anyone who has enjoyed a PSVR game about the experience and he will testify that the experience was dynamic, exciting and stimulating in many regards. Though most PSVR games are fun, some fall short in terms of design. At the moment, the majority of PSVR games are not designed to implement extensive fitness elements.

This multiplayer shooter provides intense competition that proves quite addictive. The action is frantic and mechanized combat makes players feel as though they are competing in a futuristic realm in which humans rely on machines for all forms of battle. It would have been nice if players could rely on their physical movements rather than weaponry for attacks. Perhaps a future edition of this PSVR game will require players to move in all sorts of different directions at fast rates of speed to attack/flee opponents. Maybe the game’s developers will eventually incorporate power-ups and weapon charging systems that are ramped up according to the payer’s level of rigorous physical activity.

This tank combat game has roots going back several decades when video game graphics were pixelized. Today’s Battlezone makes use of virtual reality and allows players to cooperate with through their PSVR headsets. Slap on the headset, enter a game and team up with your buddies to rack up the kills. The only problem with Battlezone is that it pits players in tanks which require little-to-no physical movement. Tanks are awfully slow and the game’s battle system is geared around strategy rather than physical activity. It is a shame that Battlezone doesn’t force players to hop on out of damaged tanks and run, jump, crawl and sidestep around the combat space with a weapon to continue the fight following the immobilization of their tank.

The Resident Evil series is one of the most successful in video game history. The PSVR version of the game is played from the first-person perspective. The single player quest lasts for more than a dozen hours yet it does not make sufficient use of virtual reality’s potential to boost user fitness. Sure, the atmosphere is quite frightening and immersive yet it does not force the player to run away from hoards of zombies as fast as he can. Nor does it allow extensive hand-to-hand combat with zombies. 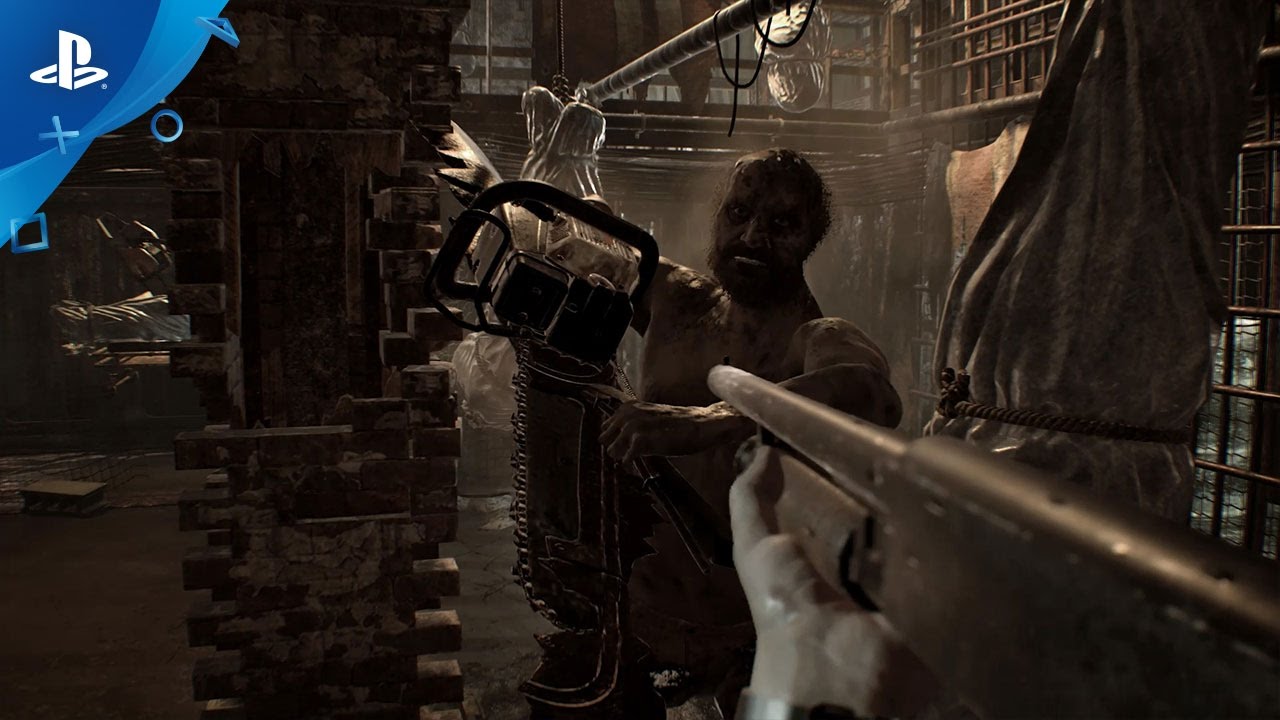 This is one of the most beautiful PSVR games. Though the game is absolutely gorgeous, some have complained it is akin to a “walking simulator”. Players should be able to move their arms and legs while shifting their torso to maneuver through the skies. The pace of these movements should dictate how fast one flies. Even allowing the player to run in place to speed up that pace of flight would have made this game into more of a fitness-oriented experience.

Until Dawn: Rush of Blood

Until Dawn is quite the scary game. It is a narrative-style horror adventure in which one enters hell and fights all sorts of monsters and clowns. Though the game is quite entrancing with its 360-degree audio and dramatic components that are rife with suspense and mystery, it falls a bit short when it comes to implementing physical fitness components. It would have been nice if the game went “off the rails” a little bit with exercise-oriented activities. Letting the game go off the rails would have lengthened its single player mode beyond three hours. It wouldn’t have been that difficult to incorporate movement-oriented battles with monsters, ghouls and other spooks. Even forcing the player to run at a high rate of speed to escape a mob of clowns would have proved intriguing.