Wouldn’t it be nice if your phone could help you stop smoking? Well, consider this morning Christmas for smokers, because it actually is now possible thanks to kick the habit with MindCotine and VR. This affordable smartphone solution provides a series of virtual reality experiences and specialized biofeedback sensors to boost self-regulation. Think of MindCotine as a virtual therapist of sorts that will help you reduce your addiction to nicotine and improve your everyday life.

MindCotine provides smokers with highly immersive VR experiences that are specifically designed to improve self-control. The device also works in a complementary manner when the addict is consulting with professional therapists, be it a psychologist, psychiatrist, doctor or nutritionist.

Cristian Waitman, co-creator of the project, wants to make sure that everyone considering this smoking cessation product understands that that this is not a typical quick quit solution like you see on infomercials, or as he put it: “as promised on television.” Waitman went on to say that “We work in the wake of personal values. It requires a cell phone, yes, but second and more important, the decision to stop smoking. ”

The makers of MindCotine plan to spread the device across the world with a specific emphasis on reducing smoking addiction in developing countries. Their aim is to advance self-empowerment, improve resilience and help people put down the cigarettes for good. 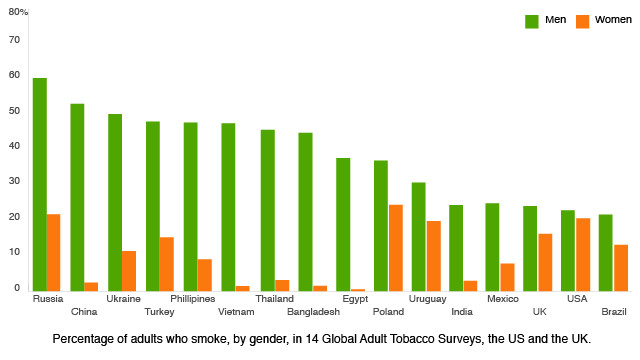 MindCotine began in Mexico City yet people across the globe have taken notice of this virtual reality tobacco addiction therapy. Head on out to Austin’s popular South by Southwest festival and you might spot MindCotine on display. It has been featured at trade shows throughout Mexico as well. The device was developed at the Mexican Institute of Virtual Realities, a group comprised of 15 startup companies.  ProMexico has lent its support for the development of MindCotine’s mobile application to boot. It is clear that this anti-smoking VR technology has the backing necessary to succeed with flying colors.

MindCotine is a mobile application that functions with a combination of guided meditation techniques and biofeedback. Biofeedback is best defined as a therapy that makes use of impulses to help the patient learn how to best control the functions of his body. The icing on the cake is the use of virtual reality features. All one needs is a cell phone and the willpower to stop smoking.

Cristian Waitman, one of the project’s co-creators, is a publicist from Argentina who has lived in Mexico for nearly a decade. He initially arrived in Guadalajara then traveled to the country’s capital where he laid the groundwork for his smoking cessation device. Waitman teamed up with a couple more Argentines, Nicolas Rosencovich and Emilio Goldenhersch, to get MindCotine off the ground. The trio has invested nearly $30,000 in initial trial yet they will need upwards of $200,000 to bring MindCotine to the masses.

Rosencovich handles the tech challenges of MindCotine. He has extensive product development and research and development knowledge and experience. Rosencovich has worked as a biomedical engineer. He won the INNOVAR award in 2013 for creating a breakthrough mental health diagnostic test device. Goldenhersch handles the psychological components of MindCotine. His background is organizational psychology with an emphasis on the development of communities.

The decision to bring MindCotine to the SXSW festival has proven to be a good one. There has been a concerted effort to promote Mexican entrepreneurship at the chic festival. ProMexico representatives and the higher-ups at SXSW have done their part to put Mexican inventors in the spotlight at the brand and trend show that draws participants from about 90 nations. MindCotine’s creators have received numerous proposals since unveiling the device in Austin. One offer includes a two-month stay in Silicon Valley or Austin to test out acceleration programs.