Do you smell what The Rock is cooking? It’s been over a decade since that expression first thrilled the millions and millions of World Wrestling Entertainment viewers around the globe. Since that time, The Rock, also known as Dwayne Johnson, has gone on to become one of Hollywood’s biggest action movie stars. Not one to rest on his laurels, Dwayne Johnson continues to branch out. His latest transition appears to be into the world of virtual reality and knowing Johnson, it’s entirely likely that he’ll be making an impact and laying the smackdown on the virtual reality industry in a big way. 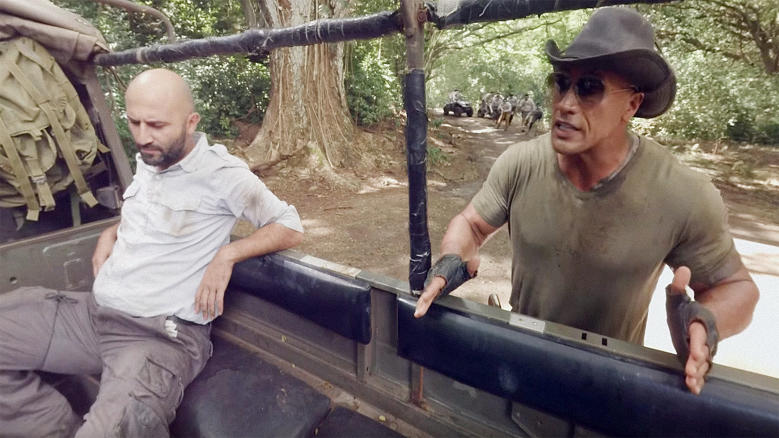 No, you won’t be subject to body slamming or elbow drops. There’ll be no wrestling ring to be found. Instead, this venture will have you go on a jungle expedition. Sound pedestrian? Think again! Dwayne Johnson promises to take you on a wild and crazy ride where you will battle evil in an effort to save the world. The experience comes in the form of a short virtual reality adventure video entitled, “Escape From Calypso Island” shot in Hawaii. He likens the experience to a “Disney ride, just with a few more cuss words thrown in there by yours truly.”

Judging by the actual video, Johnson is certainly providing an accurate description. You may not actually feel every single bump on the road or the onslaught of an attacking goon, but the effects will give you the impression of being there for all the action. Google and Seven Bucks Digital Studios (co-founded by Johnson and ex-wife Dany Garcia) teamed up to produce this project, which was shot using 360-degree video.

In the video, Johnson tackles the lead role of Duke Fontana, the great grandson of a man, who in 1916 lost his life stopping the “dreaded cult of Mephisto,” a group who had plans to unleash a demon on the world. The setting is one of a magical island with two other passengers in the back of a truck.

The action almost immediately picks up when The Rock enters the over eight-minute video and is quickly recognized by the other people on the tour as a movie star. Johnson doesn’t waste any time asking for their help in saving the world. 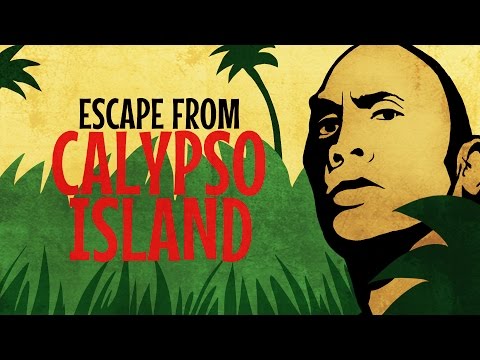 The first wave of eight attackers quickly makes their presence felt and the chase begins. Not long after that, another group of goons attacks swinging weapons. The Rock exits the video relatively quickly, but still provides running commentary and directions to the people on the expedition to ensure they capture the demon kryptonite, an essential component to saving the world.

Of course, the video featuring thrilling visual effects is best experienced using either a virtual reality headset or with headphones on a mobile device. “Escape From Calypso Island” was released on Halloween day and is Dwayne Johnson’s first big splash into the world of virtual reality videos. At the end of the video in what could be a throwaway comment or a teaser, he says to join him tomorrow for yet another adventure.