We’ve already seen some great inventions come out this year like the Samsung Gear, Google Cardboard, and now we’ve started seeing different designs for VR controller start to roll out. The best part of this is that the controllers that do come out tend to be of a tracking kind rather than hold a physical objects, which officially puts us in the start ages of Star Trek like technology; excuse me if I nerd out. However, Sony has made some odd moves towards VR and it’s time to speculate about what they might be scheming. 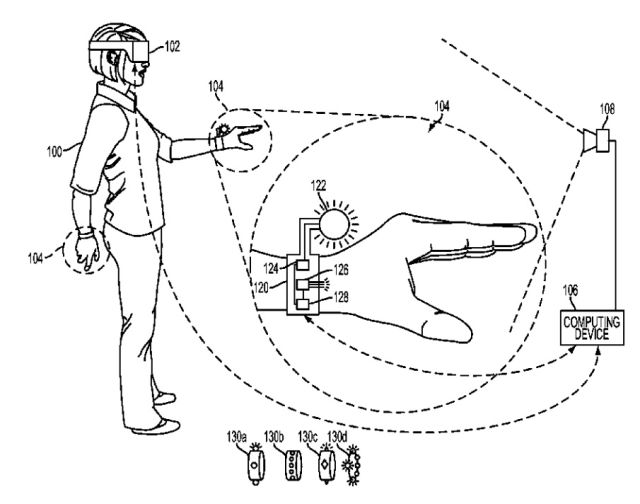 Sony’s Current Controllers are a Problem

If you haven’t been able to get your hands on the PlayStation VR then you likely missed the fact that the controls are the ones we got from the Move genre. You know, those glowy wands that were entertaining for the miserable amount of games that came out for them. Due to the fact that many people still had them and it was far cheaper than reinventing new controllers for an untested market, these became the controllers for PlayStation VR. However, the controls themselves are not intuitive, smooth, or really precise. If you bend too fast then you could wind up throwing your virtual hand out the virtual map, but this might change as we look into Sony’s actions.

The Reason for the Speculation

All we have to go on is a this patent request, which Sony simply can’t hide or otherwise they likely would. Anyone can go see the newly requested patents any time they please, which is why we know that Sony request one to “simply provide a way of touching, holding, playing, interfacing or contacting virtual objects shown on a display screen…” or at least that’s what the patent applications says. This means that they are creating a device, but we just don’t know what it is. However, there are some descriptions to go off of in the application itself.

Once again, we’re brought to something that might be similar to the Move as the document does say that it wants to track a lit up “trackable object” and that’s because we see this with the Move. It is much easier to simply track a ball of light because it’s hard to miss on a sensor. It also wants to employ haptic feedback for HMD Systems, which means that the company is looking to simulate touch inside of the game and it looks like they will do this with “electromagnets positioned on the palmar side” of the glove with each one to generate a magnetic field. This is important because it could signify that they plan to provide the feel of grabbing objects. There’s a lot more to speculate about but that’s the main gist of what’s going on in Sony’s hand tracking capabilities. Be sure to look through the patent as it can be very enlightening towards what their plans are, but it seems like all we can do is question their moves (I know, it’s too pun-ny).