I once was introduced to an old lady at a Sports Bar that thought it would be a good idea to chew on my hair while I wasn’t looking and then my family wonders why I don’t like many of them. If you’re like me then socializing can be a bit of a problem when you want to go play pool because I live in an area where that’s pretty much the only thing to do. Thanks to VR, I don’t have to worry about anyone else and I can enjoy some pool time to myself with Sports Bar VR.

What is Sports Bar VR?

Sports Bar VR is a game where you can play the most common games you would find in nearly any Sports Bar in America, which is why I love the fact that you can play pool in it. Playing pool is the primary reason I go to Sports Bars but I dislike having to deal with rowdy drunks or drunks who socialize a bit too much so now that there’s a game where I can listen to Jazz music while I play pool or throw darts without having to deal with those types of people makes me that much more happy that VR has finally become a serious market. There are a few games that you can play:

Beyond that, there’s not much else to the game but since this was only simulating what it’s like to be in a Sports Bar, there’s not much else I can think of that would be inside of one. There is that bowling game that always has a kink in the rolling ball, but then that would be “gameception”. Additionally, there are challenge modes for you and friends to play that make the game a little more intense and competitive. I can easily see myself having a drink at home while playing this with a friend.

The graphics for this game are both good and bad. If you are only focused on playing the type of game in front of you then the graphics are incredible. If you decide to go chat with the local NPC’s on the other hand, you will find that the graphics can turn into an ugly nightmare. However, since the point of the game is to play the small amount of mini games inside of the game and the NPC’s don’t look horrible while your playing these games, I simply can’t fault them for lowering the need to render something that’s not that important. 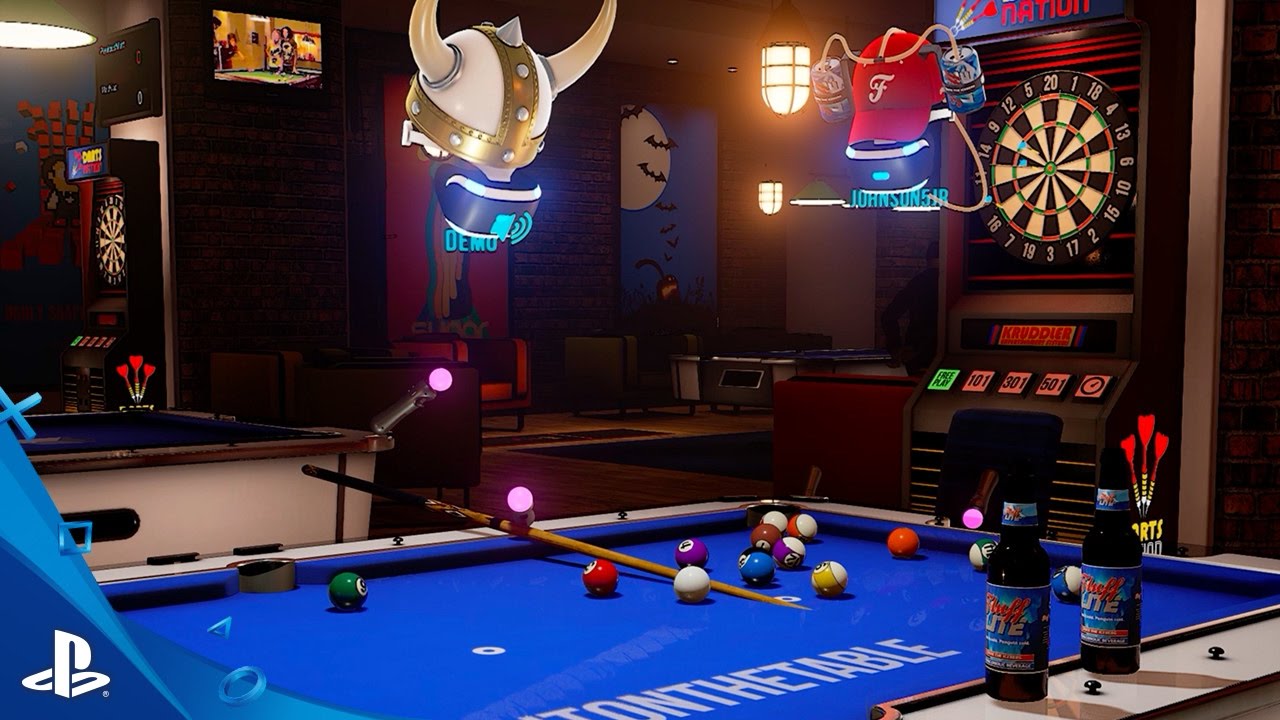 The minimum hardware is surprisingly low when you see how detailed all the minigames truly are since it only requires 4GB of RAM and 2GB of space on a Windows 7 or newer computer. The rest of the requirements are standard with the need for an i5-4590 or FX 8350 processor with a GTX 970 or R9 290 graphics card. 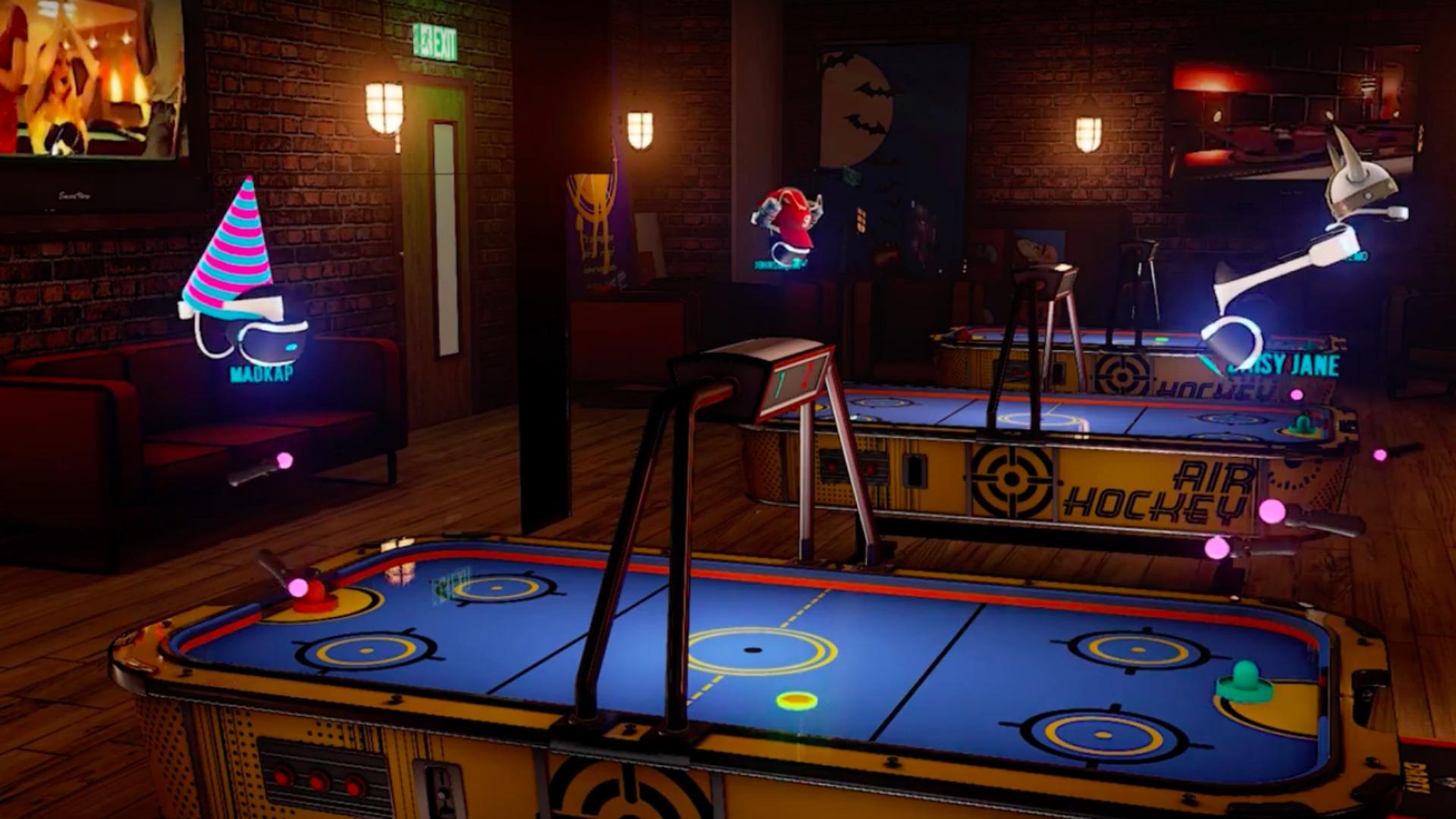 I wouldn’t really say this game has a lot of fitness involved, unless you get really competitive over the Air Hockey because that will make you sweet. Most of the games provided are relaxing games that you play to chill out and are just fun because they’re slightly challenging. The overall gameplay is extremely fluid and I would say it falls in the uncanny valley with how real everything is, excluding the NPC’s. You can kneel down and watch the ball be dropped into the side pocket during pool. Even though it is over the internet, latency is almost nonexistent between two players, which is great if you plan to use this to share time with friends. However, for $19.99 it’s a little high for what a lot of people would want to pay for it.

This is a great game and even if the game is a little pricey, I would buy this game in a heartbeat simply because I could play this with friends and family from across the states and still feel like they are next to me. It’s also an extreme bonus that some old lady won’t be chewing on my hair any time soon.