Video games and virtual reality aren’t strictly for men. Social scientists have found that women are extremely interested in virtual reality for physical fitness purposes. While men tend to gravitate toward VR for gaming, women seem to be interested in the technology as a means of staying fit and slim. This piece delves into the nuances of this phenomenon, provides enlightening statistics and offers insight as to why women are disproportionately intrigued by the potential of VR fitness apps.

When the topic of video games is raised, most people think of young men in their teens or 20s spending hours on end in dark basements or man caves, playing massive multiplayer online role playing games or Madden Football. There is no doubt that young men love their video games. However, women also have a passion for gaming, especially fitness-oriented games. Women’s desire for games that incorporate physical activity is part of the reason why they are flocking to VR fitness apps more than their male counterparts.

Men and Women are Interested in VR for Different Reasons

Studies show that women are particularly interested in virtual reality’s potential. Women are especially inclined to purchase the latest virtual reality equipment, whether it is a VR headset, VR controller or even the VR-enabled Sony PlayStation 4 gaming console. Surveys have found that women are much more likely than men to be interested in virtual reality for health and fitness purposes. Though everyone desires high-quality VR games, there is a considerable gap between women and men when it comes to interest in VR’s potential to help them get in shape and stay toned over time. Research has found that men are more concerned with the shelf life of VR apps and whether they feature realistic effects. Women are more concerned than men when it comes to potential fatigue and VR-induced nausea. Women are also concerned with the potential complexities posed by this new technology.

Though no one can pinpoint one specific reason as to why women are more interested in VR fitness than men, there are several possible explanations. For one, women tend to participate in organized sports less frequently than men. From recreational sports to professional sports, the number of men’s leagues greatly outnumber those for women. Even spontaneous pickup games of basketball, foursquare, street hockey and other activities tend to be comprised of men rather than women. As a result, plenty of women are left looking for a means of exercise. Others argue that women are more inclined to use VR fitness apps as they feel that conventional exercise environments are rife with judgmental individuals. There is a stark contrast between working out in a jam-packed gym with judgmental peers and exercising in the comfort of one’s home with a VR fitness app. 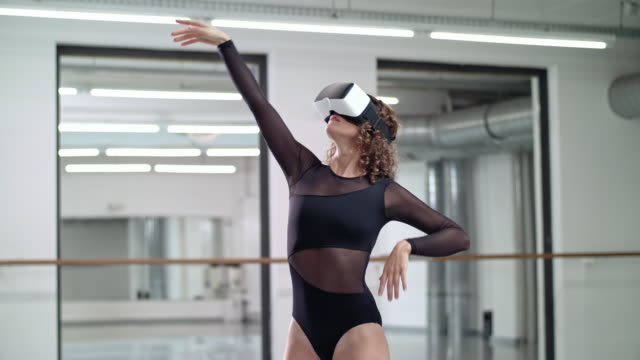 Are Men Disinterested in VR Fitness or Simply Entranced by Video Games?

It is certainly possible that men will gradually become just as interested in VR fitness as women. However, at the moment, men tend to gravitate toward video games rather than physical activities in virtual reality. It has become socially normative for men to play video games, especially in the presence of their friends and even from afar through online competitions. At the moment, most VR fitness apps are solo activities. Though men do not shirk from solo gaming sessions, there is certainly social and peer pressure to partake in competitive online gaming. It is also possible that men are simply lagging behind women. Perhaps men will participate in VR fitness just as much as women as time progresses.

Gaming and Fitness: An Unstoppable Force?

Gaming and fitness are quickly merging into a single, cohesive experience that captivates players across the world. Imagine a future in which the best elements of video games are combined with physical activity in VR to provide an immersive experience that is both fun and healthy. Though most of today’s gamers sit on the couch for hours on end when enjoying their video games, it is quite possible that the most popular video games of the future will require the  player to stand and move at a high frequency. It really will be the best of both worlds.

Exactly one-quarter of those who do not own a VR headset have used the technology for health and fitness. Slightly under 30 percent of these individuals have used the technology for gaming purposes. A recent survey found that 35 percent of participants are interested in virtual reality as a means of enjoying a workout that boosts their health and fitness. Perhaps a VR-dominated future will supplant stinky gyms, boring jogs around the block and those mind-numbing treadmill sessions. The potential of VR fitness combined with the allure of video games just might draw everyone to VR headsets, men, women, kids an seniors included.

Fitness Will be a Force in VR

The moral of this story is that virtual reality fitness apps will prove to be quite popular across the globe within the next couple of years. Exercise-oriented apps for VR headsets just might prove to be a game-changer that revolutionizes gaming as well as exercise. The coming months and years will provide a steady stream of immersive virtual reality games with fitness elements that steer people away from fitness centers and toward VR headsets. Once these apps allow for lag-free online play, fitness VR will become an unstoppable force as players will be able to engage in multiplayer virtual reality athletic competitions without leaving the house.

5 Best VR Zombie Games to Get Fit In