Remember ‘Just Do It,’ the popular catch phrase of the industry giant shoe and apparel manufacturer Nike? Well, they’re still doing it and better than nearly anyone else could imagine, but they’re also changing the way they plan to do it going forward. Nike is aiming at using VR in some innovative ways, but it doesn’t just want to focus on making it’s athletes and customers faster with VR.  It wants to make product design and testing faster using VR.  Nike has teamed up with Dell to use VR/AR technology to develop a new process for creating products that will allow designers and potentially customers the ability to virtually test products.

This process looks to move ahead of the curve by incorporating more VR/AR, voice control and haptic technology.  Nike and Dell hope to combine all these together in the near future in addition to their current use of Dell Canvas. Jeremy Burton, Dell CMO, said of Nike designers: “They’re using this incredible haptic technology which allows them to create a holographic image of what they’re designing and feel the texture of the fabrics as they’re designing. That gives them a more natural process, and it gives them faster time to market.”

A faster time to market means that shoes and clothing will be even more customized for events.  Nike already has designers working to find solutions for the 2022 World Cup and the 2024 Summer Olympic Games. According to Ken Black, Nike VP of Digital Design Transformation, “The fact that we are designing into that future means we need tools here today and now that enable our designers to actually realize what’s in their imagination to get there.”

The ability to see and virtually feel the product before actually creating a physical version has leaders across the industry excited. “The opportunities that this opens up with that evolution towards a more experiential process with the augmented reality using the Meta glasses and the haptics that were displayed in this video using the Ultrahaptics technology really takes you so much closer to a physical product that’s still in a digital environment before you ever get to the production stage,” said Sarah Burkhart, product manager for Dell Canvas. Heavily incorporating VR into the production process is taking action now on the future. Black said, “There’s a generation who is already working like this, and there is a generation coming who will work and create like this as if it’s how they breathe. So we are aggressive on pursuing the environment in which they can create, and I will say this: We have the best designers, best athletes, best data. We’re going to use technology like this to enable us to go faster and we quite frankly embrace those like you and others who are creating the tools that are going to help unleash the imagination of our creators and the potential of athletes.”

Big name athletes with signature shoes will take even more involvement in the design process. This technology will make it easier for the amateur designer to take an idea from an image in their mind to something virtually tangible by natural means. Black continued to say, “What we love about being able to work in 2D and see it in 3D is as we work with our athletes, which is critical, being able to co-create with someone like LeBron or KD as they see an idea taking form becoming that 3D shape really we think will change the game.” 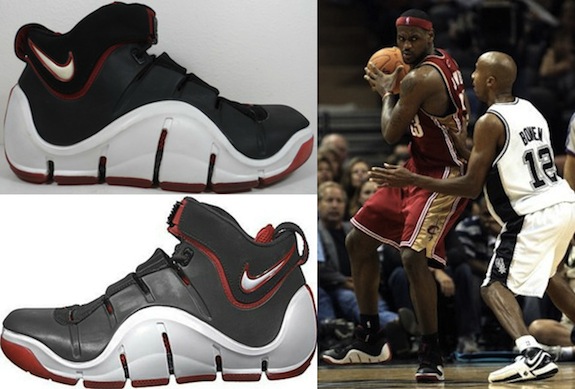 Having the coolest shoes and more input from athletes is great, but what’s the potential value for the end user, for you?  Just as Nike athletes can see their shoe and get a virtual feel for it, the future is giving this same technology to customers. With personal headsets, or at retail outlets stations, customers could use VR to test the shoes and clothes. You’d be able to get a true sense of how it fits you and how it performs. Imagine eliminating the uneasiness of ordering an expensive shoe and wondering how it will fit or perform. This technology makes this possible so you can not only design a visually appealing shoe but also trust its performance. The future of VR isn’t limited to design; its future is the end user taking more involvement in how they choose and use fitness gear. It might eventually even allow customers to create their own design from scratch! When your gear is actually made just for you, as only a VR interface could allow, you’ll be a better athlete and get more from your fitness and active pursuits.