In a recent study published in Springer’s journal Psychonomic Bulletin & Review, researchers found this conformist tendencies continue even when humans are provided with incorrect advice by a computer. The study analyzed the judgment of people who had just played role playing video games. What does all this science mean to you and your VR workout? Read on! Gamers Tend to Identify and Conform to Computer Judgments

Acknowledging the fact people acquire and practice real-life skills, and develop new viewpoints when engaging in video game play, researcher Ulrich Weger of the University of Witten/Herdecke in Germany and his team looked at how game play influences social behavior and decision making.

Study participants played an immersive game for seven minutes using an avatar. At the end of the seven minutes, participants completed a job selection task in which they were given the option of overriding incorrect choices made by the computer.

Researchers found those who had role-played as the avatar in the video game, compared to merely watching others play, tended to identify with the computer and actually conformed to the computer’s decisions and judgment, even if it was wrong. According to the results of the study, people conform even when opinions are voiced by a non-human agent.

They speculated this is because of the tendency for people to strive for accuracy, which creates information conformity. When people lose faith in their own skills and confidence, they align themselves with those who are deemed to make accurate judgments, even if that judgment is accurately inaccurate. Those who analyzed the study believe there is a need for people to systematically reflect on gaming practices and the consequences of events that occur in a virtual world, which is especially important because gaming is becoming more widespread.

According to Weger, “Parents, educators, and players will need to take these consequences into consideration and take appropriate countermeasures. For instance, at the very least it would be appropriate to reflect on what it really means to be human. We need to examine how this humanness can be educated and strengthened when it is shifted towards a more robot-like nature during virtual journeys as an avatar.”

“The long-term consequences of such virtual reality gaming is also difficult to estimate — for instance in terms of a potential alienation from real-life encounters. By the time we know for sure what the consequences really are, it is likely going to be more difficult, perhaps impossible, to take appropriate countermeasures.”

Though Weger and other researchers are concerned about the ability of gaming to reduce feelings of humanity and alienate people from real-life encounters, there is growing evidence VR worlds can have a positive impact on people’s real life behavior, too. The key is to create virtual environments in which people are given the opportunity to make positive choices that can than effect their real-life behavior, as well. 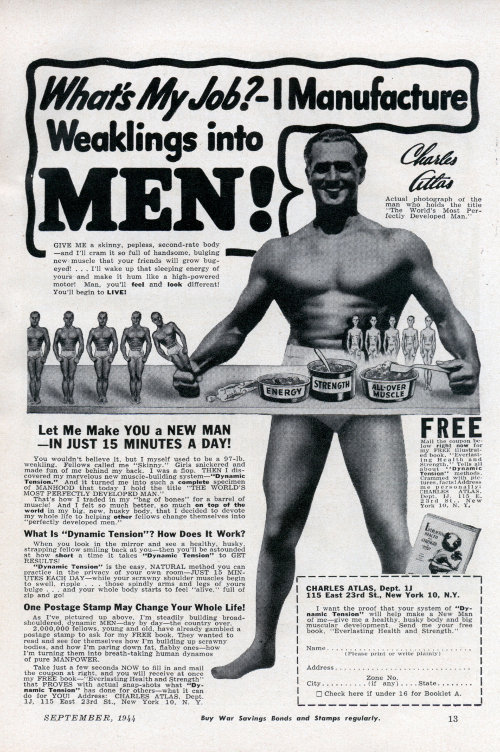 The great take away here for those wanting to use VR in their quest to get fit is that the mind and the body can be lead to do things it normally might not consider. Don’t think you can squeeze out the last few sets? Your VR coach does and you do them as a result? Don’t think you can run longer, push harder, do more and be better? VR can change that and you’ll be a willing follower to the course you set out before putting on your HMD. Results will follow and your VR workout will be the best thing since Charles Atlas.