When someone says “VR”, most people think of black headsets strapped to the heads of teens who are hooked on video games. This is a popular misconception that will prove false in the months and years to come. Virtual reality will likely prove highly effective in treating Alzheimer’s Disease as well as boosting general health. All of our lives are on the cusp of being enhanced with a new focus on VR health.

You read that right. Virtual reality technology will soon by used by Alzheimer’s patients around the world. Ask anyone who has a family member plagued by Alzheimer’s and you will find that traditional medicines do little to alleviate the disease’s symptoms. Though it sounds a bit outrageous that VR headsets could prove more effective than expensive medicines, this just might be the case.

According to the Picower Institute for Learning and Memory at MIT, visual stimuli displayed to mice heightens brain functions affected by Alzheimer’s. This visual stimuli is now being replicated with virtual reality software. The specific science of this treatment centers on a 40Hz “Gamma Frequency” light pulse that stimulates brain activity. Though current research has been limited to mice, there is an excellent chance the same effects will occur in the brains of humans who are afflicted by Alzheimer’s.

Researchers and software engineers are also working on matching of vibrations to the light pulses emitted through virtual reality headsets for even more effective Alzheimer’s treatment. Though this form of therapy is in its infancy, it might not be long until it hits the market. As long as it is proven that the 40Hz lights and vibrations do not harm those who are sensitive to light, we will likely see virtual reality therapy for Alzheimer’s available for purchase within a year or two. If this form of therapy is highly effective, it might even be covered as a necessary medical expense under Medicare and other health insurance policies. 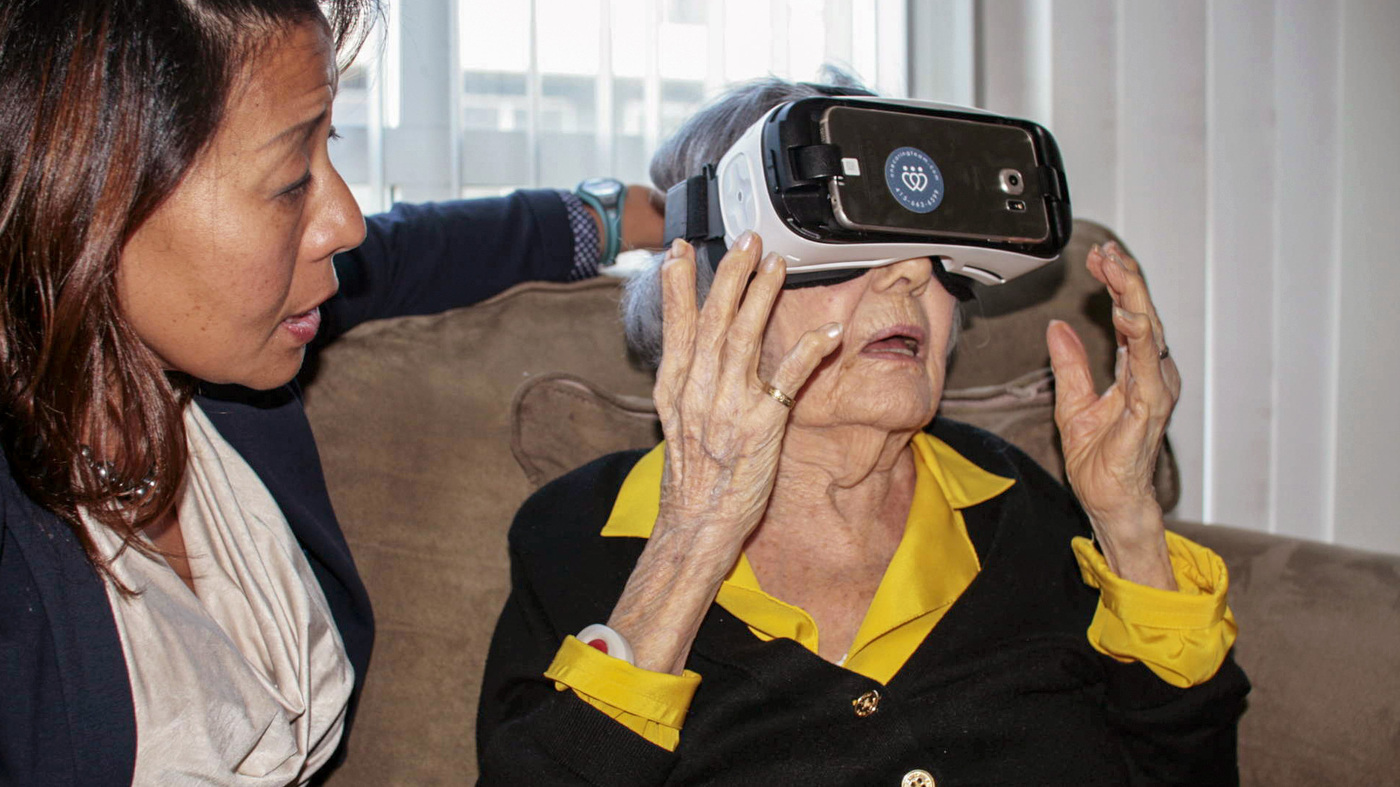 Imagine an individual who suffers from seasonal affect disorder (commonly referred to with the acronym of SAD). His mental and physical health severely deteriorate during the winter months when he receives minimal sun exposure and is stuck inside due to inclement weather. His condition could be significantly improved with virtual reality light therapy.

Imagine a virtual reality environment that replicates a tropical setting with the transmission of light rays onto the user’s face. These light rays replicate sunlight without the harmful ultraviolet radiation. Such faux-sun exposure could drastically improve the user’s mood and consequently, boost his mental health. It is also possible that the exposure to such light rays would be combined with physical activities in virtual environments such as running on the beach, rowing, volleyball, surfing and beyond.

Amputees typically suffer from phantom limb pain in which pain is experienced in the body part that has been amputated. Researchers at Sweden’s Chalmers University of Technology are working on a virtual reality solution to mitigate phantom limb pain. This treatment makes use of electrodes placed upon the stump where the limb was amputated  These electrodes receive signals sent for the amputated site. The virtual reality headset interprets these signals in the form of a visual  that replicates what the amputee would typically control his limb to do. Some examples are using one’s arm to steer a vehicle’s wheel, petting a dog and opening doors. Early studies show that amputees who use this virtual reality software endure significantly less pain in the moment of phantom limb pain as well as across extended periods of time.